At CES a couple of days ago, alcatel teased a full revamp of its smartphone roster. Gone is the Idol branding, and in are tall 18:9 displays across the board. The brand will fully unveil its 1, 3, and 5 series devices at MWC next month. Yet we've already seen the alcatel 5 in a leaked press render. And now one of its lower-end siblings, the alcatel 3C, has received the exact same treatment. 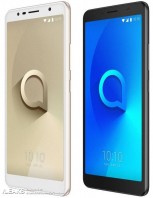 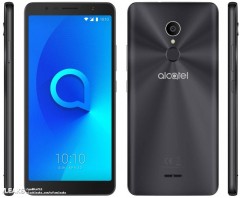 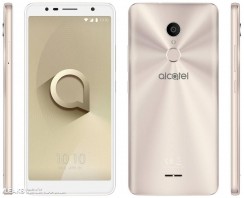 Feast your eyes upon the magnificence of the alcatel 3C, then. According to the rumorsphere, this handset will sport a 6-inch "HD+" touchscreen (we assume that moniker means its resolution will be 1,440x720), and should be powered by the MediaTek MT8321 chipset. That's supposedly a part meant for tablets, however, so have an extra dose of salt nearby for this detail - hopefully alcatel will manage to find something that doesn't employ Cortex-A7 CPU cores in 2018.

The alcatel 3C is reportedly going to arrive with just 1GB of RAM and 16GB of storage, an 8 MP rear camera and a 5 MP front-facing shooter. It will run Android Nougat and will have a 3,000 mAh battery. As you can see from the shots above, it features a rear-mounted fingerprint sensor. Pricing is going to be about $120, allegedly.

It is going to be joined in the brand's portfolio by the alcatel 1X, 3, 3V, 3X, and the aforementioned 5 (which will be the highest-end of the bunch).

So you are telling me the Made-in-China iPhone X worths $1000? BEGONE.

what would you consider beautiful? (rhetorical question.) Geez. nobody forces you to buy this thing! don't like? don't buy!