Two alcatel phones, the 5 and the 3V, popped up on Amazon France last month, suggesting an upcoming launch. Today Alcatel USA confirmed their arrival along with a third smartphone - the alcatel 1X. All three devices will see the light of day on February 24 at MWC 2018. 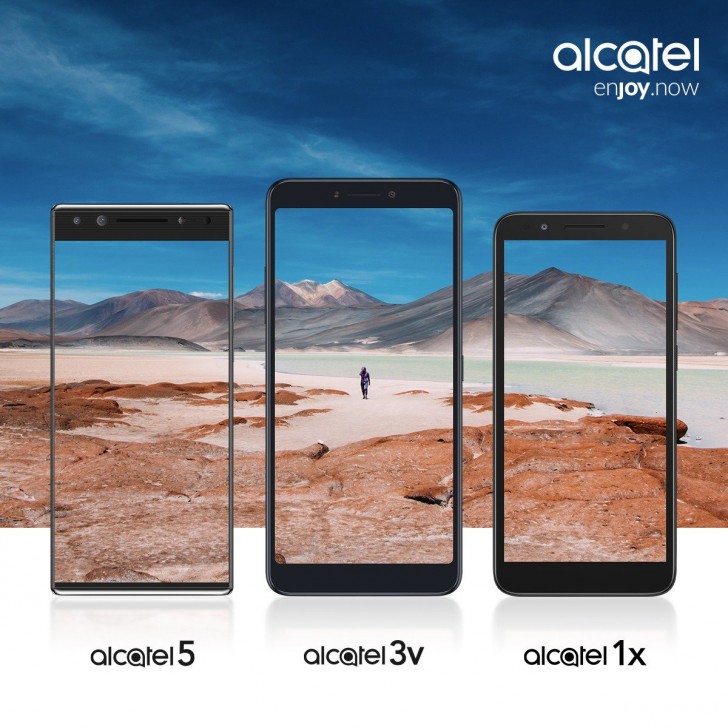 The company did not say much, but the image is revealing enough. The alcatel 5, as previously leaked images suggested, will have no bezels on the sides, a tiny one on the bottom and a regular forehead for what it looks like a dual camera setup.

The alcatel 3V and the alcatel 1X are expected to impress in the low-midrange and ultra-affordable markets. They have a standard design with tall 18:9 displays and no home button on the front. The 3V will have the volume rocker on the left side and the power key on the right side, while the 1X will have all the buttons on the right side.

Known specs of the three phones are scarce, but we will report straight from MWC 2018 as soon as the devices are unveiled.

And with MediaTek A53 chips with no OS updates and no custom ROMs either, starting at $299 USD.

First of all, the article "Alcatel to announce..." it is totally wrong. Maybe the editor wanted to write "TCL Communication to announce tree new Alcatel phones...". Alcatel is a brand name, not a manufacturer. It's like saying "Pixel announced 3 more...