A purported spec sheet of the Sony Xperia XZ3 has leaked in Japan, ushering the phone into the rumor mill.

The Xperia XZ3 is also slightly thinner and lighter than Sony's current phone. 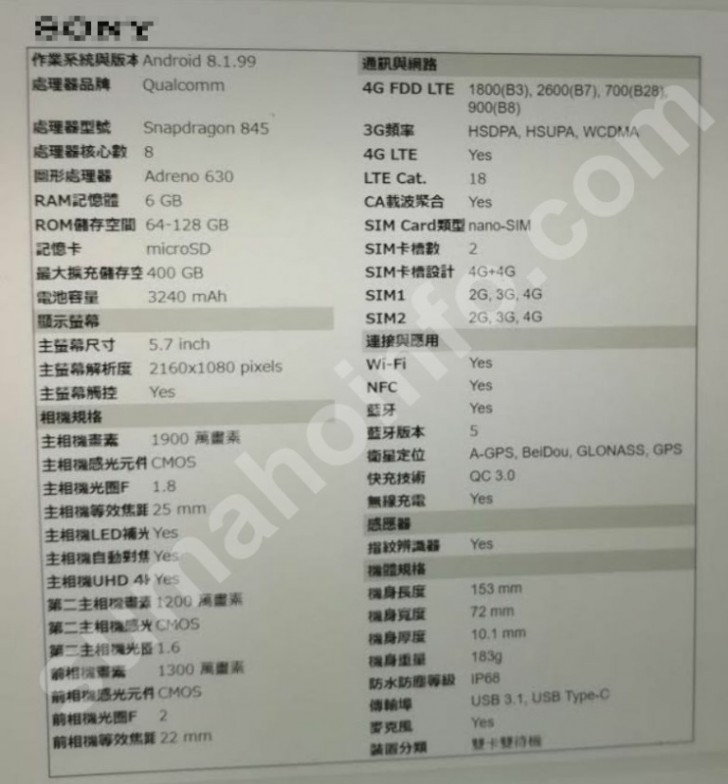 If these leaked specs turn out truthful, then the Xperia XZ3 will retain the 5.7-inch 2160x1080 LCD and Snapdragon 845 chipset of its predecessor.

The Sony Xperia XZ3 is expected to be announced at the IFA congress in Berlin, which starts on August 31. But we're sure to see more of the phone now that the leaks have started.

But none of those are top class (except the One+). The VIVO NEx S looks promising but let's wait and see..

Definitely not going away, just a stpd trend forced by just some OEMs like Apple, Htc, Sony, Motorola, Huawei, for the sake of trending... Options? Theres a lot: LG, Huawei Honor series, OnePlus, Lenovo, Asua,... just for starters.... If ...