The Amazfit GTR is technically not a smartwatch. It lacks a proper OS and can't really run additional apps. You are limited to the features you get out of the box, meaning that it perhaps falls in the category of fitness trackers. But it's a lot more than that so we can probably agree to call it a smart wearable. 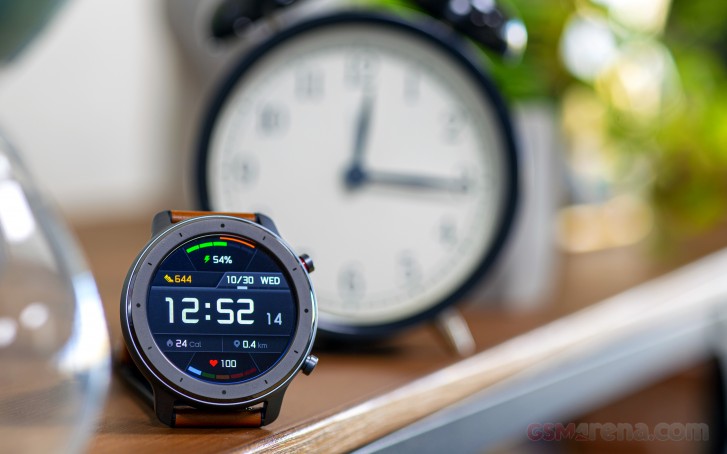 As for the Amazfit brand, you can rest assured that you are getting a quality product from a very reputable source.

In fact, Amazfit or rather Huami - the California-based company behind the Amazfit brand is arguably the most reputable and trusted name in smart wearables today. Not counting the Apple Watch, Huami is the largest wearable device company in the world, with over 50 million units sold and over 16% global market share. Besides its own Amazfit fashion-conscious brand, Huami is also responsible for Xiaomi wearables as an exclusive provider. As such, it is the company behind the popular Mi Band line of products.

Speaking of the Mi Band, it is a perfect jumping-off device to introduce the Amazfit GTR. As far as features go, the two are pretty similar, especially since the Mi Band has been gaining hardware in recent generations. To oversimplify things a bit, a GTR gets you GPS, a bigger display, more battery, and a fancier PPG Bio-Tracking sensor. So why would anyone spend five times what the Mi Band costs for the GTR? It's rather simple, really - it looks like a proper watch. One that goes nicely with a suit, as well as casual wear. For better or worse, this does matter on certain occasions.

As for why you would prefer the Amazfit GTR over some other name brand, full-featured smartwatch from the likes of Samsung or Huawei, to name a few significant players, the answer is pretty simple - battery life. 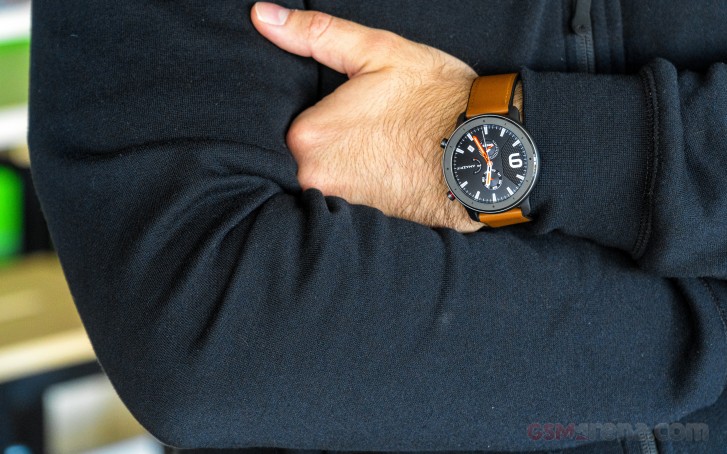 We already have too many devices that need charging in our lives. Out of all the wearables this reviewer has tested throughout the years, only three ever managed to stay on his wrist for more than a few weeks - a few Mi Band iterations, the Amazfit Bip and now the Amazfit GTR. Not having to worry about a frequent charging routine is the most essential thing to look for in a modern wearable.

If you share that sentiment, chances are you will like the Amazfit GTR. The rest of the feature set includes forwarding notifications and the occasional activity tracking. Personally, that's all a wearable is about and if you feel the same, definitely read on.

It has both options. It is the user's choice to either select always on display or not

Is this watch display alway on or wrist connect??

Amazing watch for every moment. Great display, nice colours, heart rate mesure very well and the design is excellent with nice feeling in your wrist!!! Even in your sleep does not bother at all. Great watch!!!!!!!