AnTuTu published two Top 10 charts listing the best performing phones in the flagship and mid-range segments. These charts are based on data collected between November 1 and November 30.

In the flagship segment, the Asus ROG Phone II climbed to the top, followed closely by a pack of OnePlus phones and a Realme. The Top 10 looks quite different than it did back in November.

Still, this is a clear case of Snapdragon dominance, the first non-Qualcomm chipset is the Exynos 9825 powering the Galaxy Note 10+ 5G, which came in at #10. 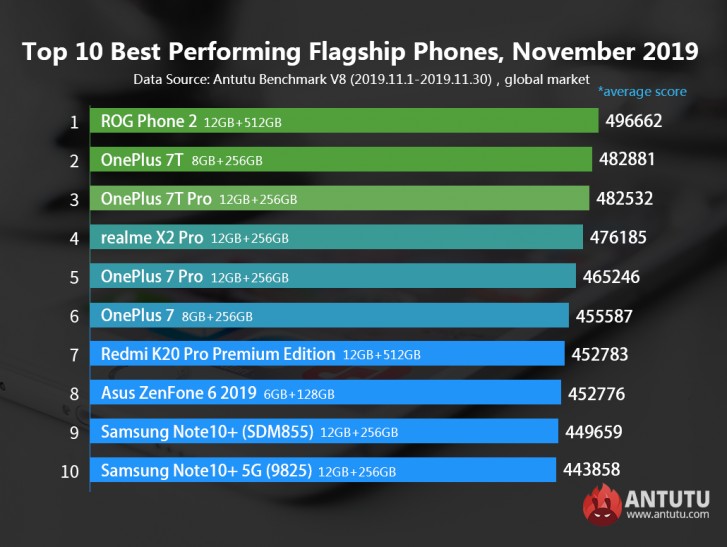 The mid-range segment is ruled by Redmi Note 8 Pro, a Helio G90T based phone. The Oppo Reno2 edges out the Xiaomi Mi 9T and Samsung Galaxy A80 thanks to a slightly faster GPU – the Reno2 uses the Snapdragon 730G chipset while the other two have the non-G version.

Below that it’s all Snapdragons, though dropping to the older 710/712 chips and even the 675 in the last two spots of the Top 10 chart. 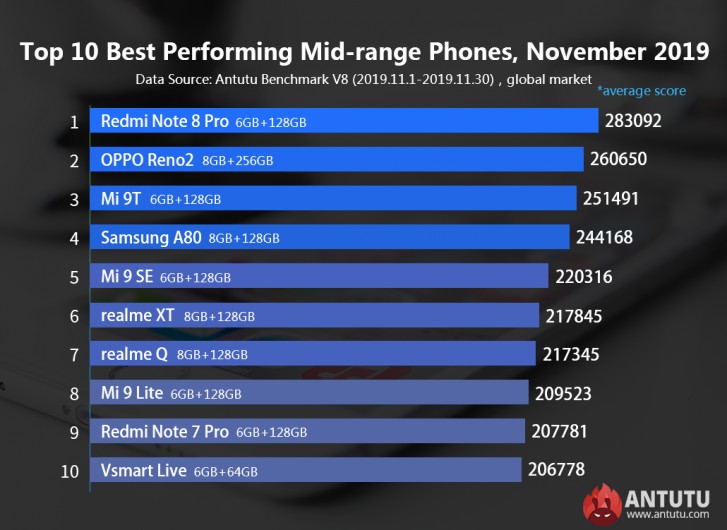 The AnTuTu team notes that a powerful chipset and UFS storage is a must for a phone to enter the Top 10. A dual-channel UFS noticeably improves a phone’s chances for a good score.

Again, these charts are based on November data. However, there have been some interesting launches recently so expect a big shakeup in the December edition.

You can use it as a desktop PC with the docking station.

Phones SOC have limited space. RAM is built into the SOC. So that tiny square houses everything. RAM / Cache / CPU cores / GPU / USB controllers / LTE /etc etc. Less the storage. Most PC, intel or amd have the luxury of SPACE. Places you ca...