Apple has completely redesigned the new iPads and it's for the best. Now they look both modern and dapper, but the most notable improvement isn't in style but the massive boost to the handling experience. 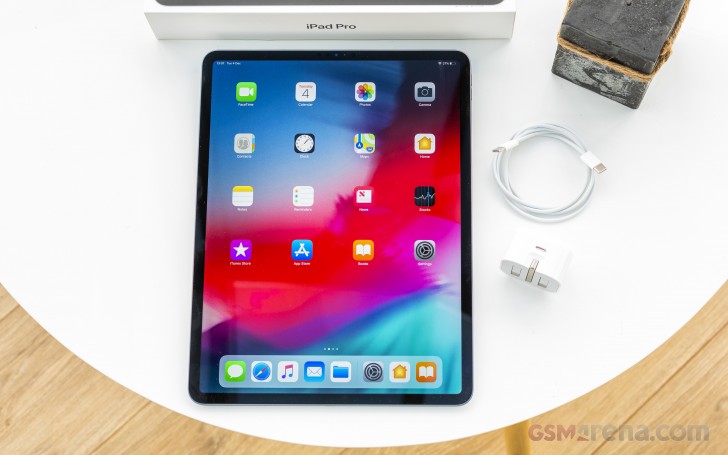 The iPad Pro might have shrunken in size, but its 12.9" display is still the same. This means Apple has cut the screen bezels big time. The good news is there is still enough black frame to use the tablet hassle-free, without your palm interfering with the screen.

The good ol' Home key is now gone though and thus is the Touch ID, too. The new thin bezels don't allow for such a big key and that's where the new Face ID comes to help. Apple has integrated the entire mini-Kinect piece with the 7MP FaceTime camera from the iPhone X and XS into the new iPad Pro.

There is no notch of course, and while we didn't expect the iPads to have one, you never really know. The IR flood illuminator, the IR camera, and the FaceTime camera are all above the screen if holding the iPad in portrait mode. The camera can do native portrait pictures, with Lightning effects and adjustable bokeh in real time.

When using the iPad in landscape orientation, the camera often falls under your thumb and it takes some time to streamline the whole Face Unlock and rotate routine. We aren't saying Apple did bad with the placement, in fact - the Face Unlock works no matter the iPads orientation, it's just that the thinned bezels come at a price, and this is it.

The 12.9" display panel hasn't changed much since the first iPad Pro, or at least that's what it looks like. It's an IPS LCD with a promised maximum brightness of 600 nits, supports wide-color gamut, and has a resolution of 2048 x 2732 pixels. It has 120Hz touch input sensing, just like before.

But there is actually one huge difference that becomes evident the moment you swipe somewhere on the screen. The iPad Pro is the first tablet to offer 120Hz refresh rate and the buttery smooth animations are an instant telltale. While just few games support 120Hz, the entire iOS runs at 120fps and it's enough to make you want this on all your devices.

The fluidity of the UI when scrolling or when there are animations involved are hard to show on camera, so you'd just have to take our word for it. It really makes a difference.

Apple, just like before, isn't specifying the type of glass that shields the screen. It's just mentioned as scratch-resistant that has an antireflective coating in addition to the oleophobic (fingerprint-resistant) one.

Apple has changed the frame design - the sides are now completely flat, which is a massive booster for the grip. Handling an iPad has never been a more pleasant experience and it has never felt more secure when playing games or just browsing.

The rear side of the iPad Pro 12.9 is also flat, excluding the newly introduced camera hump. The good news is the slate isn't wobbling when left lying on a flat surface despite that bump on the back.

The iPad gets to keep the same 12MP camera sensor from the previous generation sitting behind the bright f/1.8 lens. Oddly - it has lost the optical image stabilization. Some might think that Apple has fitted more camera tech now that the camera lens is bulging, but no. The only new thing is the Smart HDR support, which has nothing to do with the camera but with the ISP and the software processing algorithms. 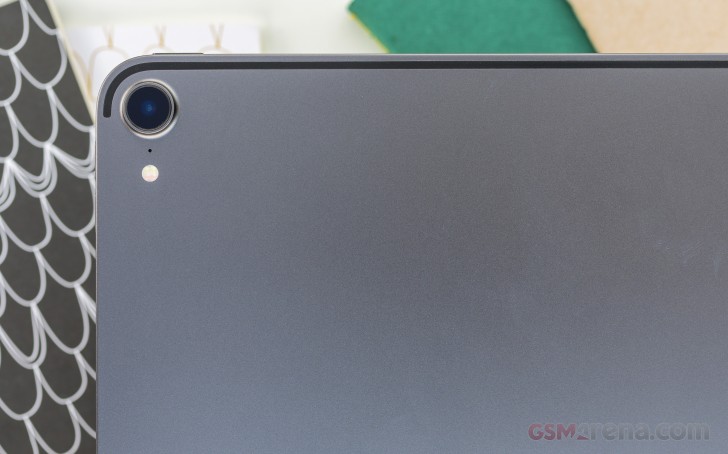 The quad-LED dual-tone flash is here as well.

Another interesting thing is the antenna strip around the top edge. We have the Wi-Fi model, so we guess that should be its antenna. But if you opt for the Cellular one, then another one will be present around the bottom, too. 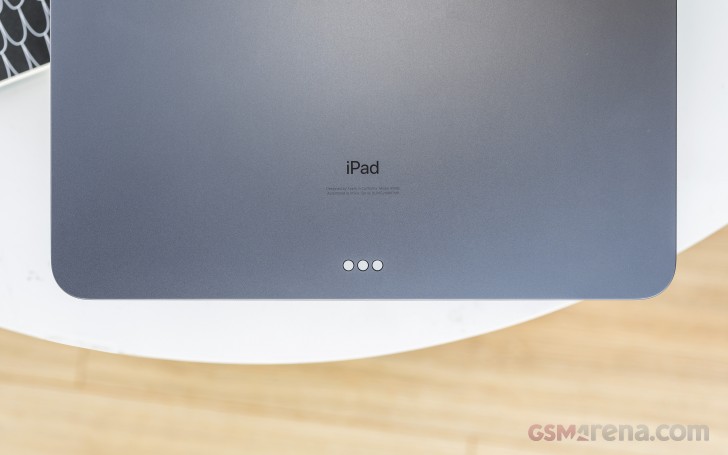 Apple claims it has improved the iPad Pro speakers and we can confirm they are pretty loud. But more on that in a minute. The speaker grilles are at their usual spots - two at the top and two at the bottom - and placed in a clever way so that you don't obstruct them when using the iPad in landscape orientation.

The USB-C port - a first on an iOS device - is at the bottom of the iPad. It supports USB Power Delivery for charging, and it's also the only port you get for wired headphones. Yes, Apple has retired the analog port on the new generation iPads! Apple gave no apparent reason for ditching the 3.5mm jack support on the iPads, but let's be honest - Apple has never really needed one. You either deal with it, or you don't - this has been the company's way for years. 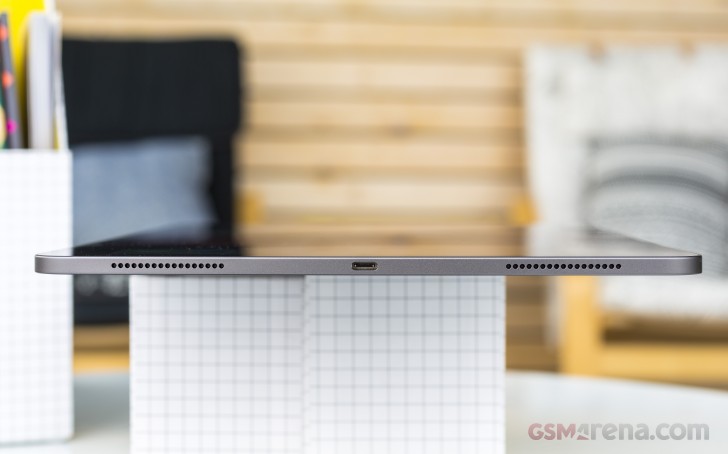 The good news is - all USB-C accessories for your new MacBook should be working with the iPad Pro, too. We tested a few adapters such as SD card readers and USB hub with a keyboard and mouse attached - they all worked hassle-free. There are some adapters that offer 3.5mm audio port, so this may be an option for you in case you can't live without one.

The right side of the iPad Pro has a magnet connector for the new Apple Pencil. The new pen recognizes tap gestures and you can configure those to perform certain actions. And it not only attaches to that magnetic connector on the side, but it can also recharge from there. The bad news is that it costs $139 and the worse - the previous Apple Pencil is incompatible with the new iPads. Anyone surprised? We didn't think so. 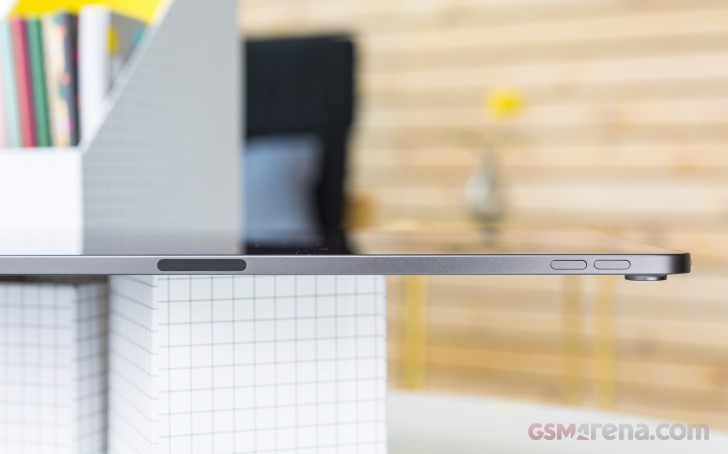 There is also a new and very convenient Smart Keyboard Folio, which will make the iPad look and feel more or less like a real computer. But you must shell some additional $200 for it. 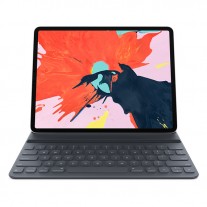 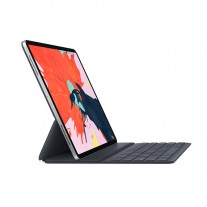 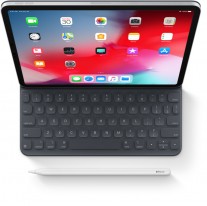 The new Smart Keyboard Folio for the iPad Pros

Long story short - handling the new iPad Pro is the best experience we've had in an iPad so far, no two words about it. The 120Hz upgrade is a feast for the eyes and there is no coming back from it. The speakers are also the best speakers we've heard not only on a tablet but on a laptop as well. 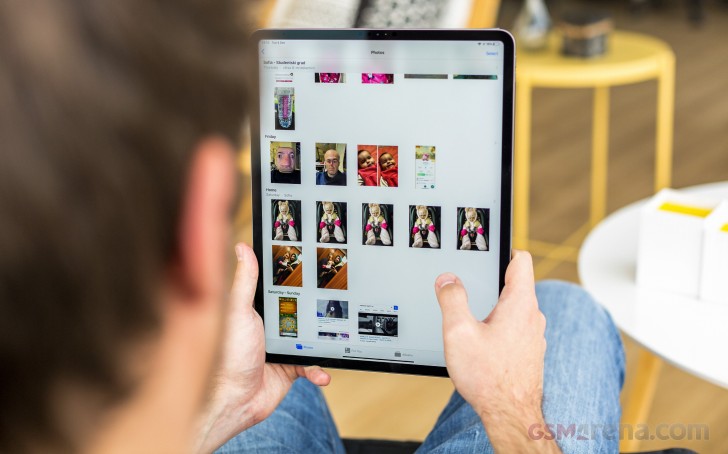 If only Apple wasn't such of a stickler for the retirement of the audio port, but we guess that's the deal you sign up for with this one.