Publicly, Apple has never admitted that the phones have a bending problem, despite the two models commonly being plagued with "touch disease" as a result of how easy they are to bend. "Touch disease" is a flaw that causes the display to show a flickering grey bar at the top (see the image below this paragraph), while the touchscreen would work intermittently - or even stop working altogether, in some cases. 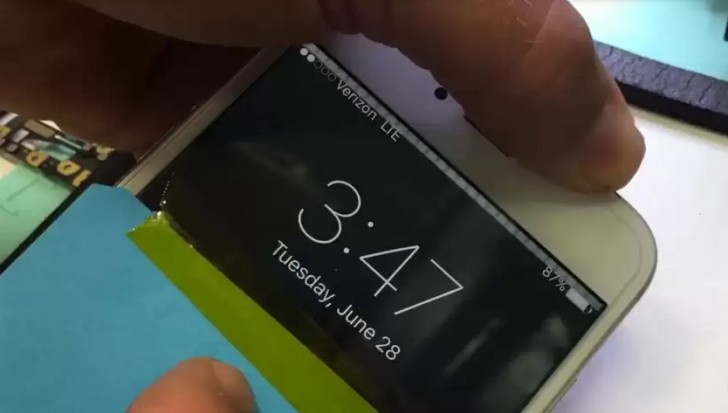 Independent repair experts speculate that this is caused by the touch IC chip, which translates your touch into a digital signal, becoming partially unseated from the phone's logic board. Many experts believe this to be caused by flexing or bending associated with normal use, and nothing more extreme than that.

Apple only acknowledged touch disease in November 2016, offering to replace phones plagued by the issue for $149 (down from the previous charge of $349). It did not reveal the aforementioned engineering changes to the public, but said that touch disease only happens after iPhones are "dropped multiple times on a hard surface" and then incur "further stress".

Apple was required to turn over its internal testing documents as part of discovery in an ongoing class action lawsuit filed against it because of these issues. The documents themselves remain under seal, but US District Court judge Lucy Koh made some of the information in them public in a recent opinion on the case. The lawsuit alleges that Apple misled its customers about touch disease.

Trying to split sticks in a language not mastered, can lead to embarrassing results - as you have just illustrated.