Over a month after its announcement and after several shipment delays Apple Watch Series 7 is finally set for a teardown courtesy of iFixit. The leaked detailed spec sheet revealed little to no difference between the new model and its predecessor and the teardown shows this is indeed the case. The only major difference here are the smaller bezels and the removed ribbon cable under the screen. Apple also combined the touch and display signals into a unified cable which is how it managed to shrink the bezels and could be the cause of the shipment delays to Watch Series 7. 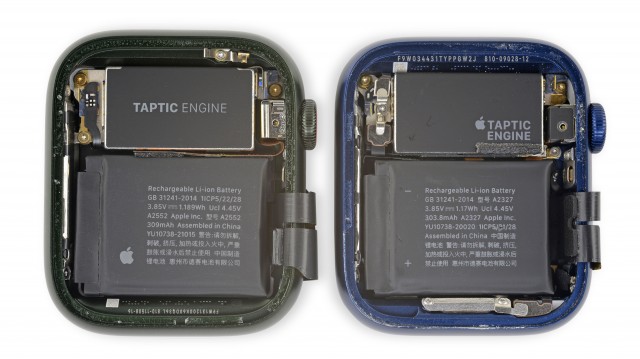 There’s no diagnostic port anymore as Apple has reportedly moved to a wireless solution. Interestingly enough the teardown discovered the Series 6 watch battery fits in the casing of Series 7 and in fact works on the new model. Apple Watch Series 7 earned a 6 out of 10 reparability score which matches last year’s model.

It has been the same price ever since series 1

people will buy it anyway because it is Apple, not because it has new change