Xiaomi's Black Shark is expected to launch its third gaming smartphone called Black Shark 2 by the end of April, and while the company hasn't revealed details about its hardware, thanks to Geekbench, we know it will come with Snapdragon 855 SoC and 12 GB RAM. 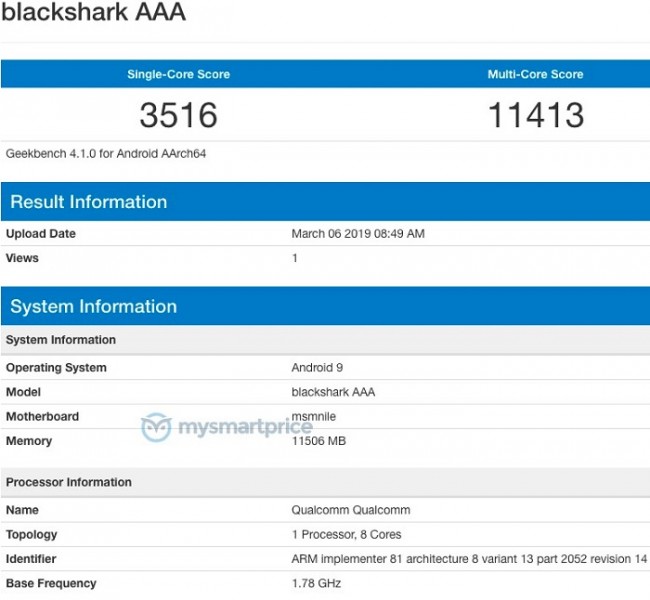 Black Shark hasn't announced the date of launch of this smartphone yet, but the company has confirmed that it will come with a liquid cooling technology dubbed Liquid Cool 3.0.

more RAM the more enticing it is for consumers I guess, and eventually since devices are heading in the direction of portable gaming computers, you might be able to dock your device and use it like a pc, maybe even with pc games, who knows.

I'm very sure that there are better smartphones out there as of now, even if it doesn't have a under-display fingerprint sensor. GALAXY S9's definitely one of them, prices of it have came down quite a lot, making a good deal

Shame the Black Shark phones never have full LTE bands for use globally. The U.S. have never been able to try them. Hope this one will change that; even if it's the 8GB RAM variant.