If only smartphone manufacturers would go in sync with those flagship launches. But they don't and come fall we have the new iPhone, as usual, and the Sony Xperia XZ this time, joining the spring children Samsung Galaxy S7 and LG G5. 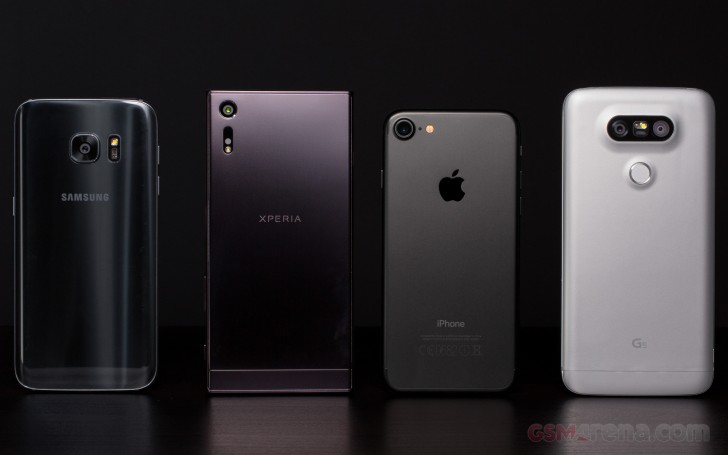 A camera shootout is in order, you guessed it. And in typical GSMArena fashion, before we get to analyzing the image quality of the four heavyweights, we'd offer you the chance to vote for the shots that look best to you.

The iPhone 7 comes with Apple's latest take on the smartphone camera, which includes a 12MP sensor mated to an f/1.8 28mm-equivalent lens - a marked improvement over the previous generation at least in aperture (f/2.2 on the 6s).

Sony's 23MP sensor on the Xperia XZ has about twice the resolution and sits behind a 24mm lens - the widest of all here, but also the 'slowest' at f/2.0.

The 12MP dual-pixel sensor used by the Galaxy S7 gets the most light through its f/1.7 lens and is midway on the focal length chart - 26mm equivalent.

The LG G5 has a couple of cameras on the back and likes to label them in degrees, and the 75-degrees FOV of the primary(-er) 16MP shooter should translate to about 28mm as well - however, this one has a native aspect ratio of 16:9.

Due to the vastly different megapixel count and the different field of view, we've cropped the images so it's not that easy to tell the phones apart in the spirit of this shootout remaining blind as much as possible. We haven't scaled or resized the images so we haven't interfered with their quality.

The categories that follow below should be well familiar if you are a regular reader, and the rules are the same as usual - you get a full day to vote, we'll reveal which letter corresponds to the specific cameraphones tomorrow and we'll post the results from the voting.

Just so you know, our very own detailed shootout where we evaluate the qualities of each smartphone in detail. But until then, vote away.

Daytime shooting in good light is where a lot of smartphone photography takes place, and it's also where these cameraphones will probably excel. 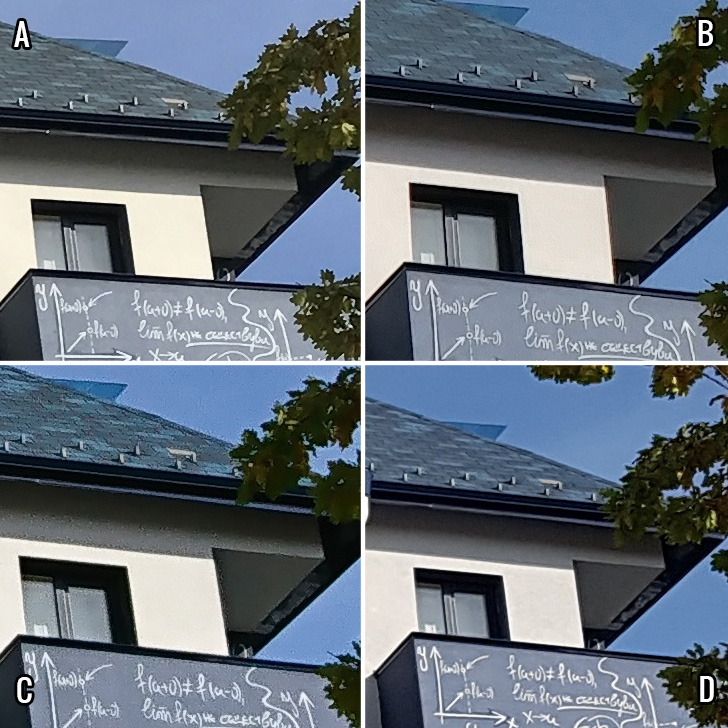 Since daylight performance is the most important one for a smartphone, we've included a second sample to put a bigger weight on the phones' performance in this particular department. 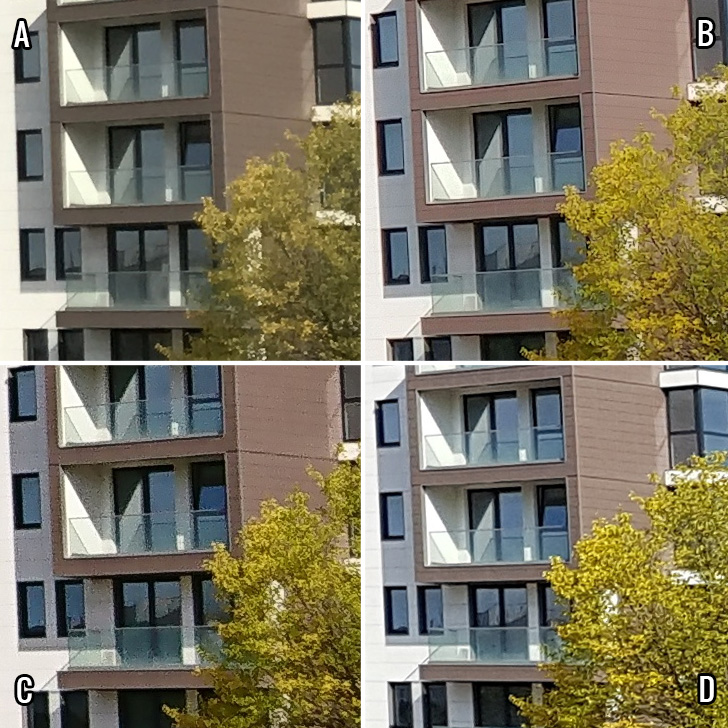 When light levels drop, things get very difficult for this cameraphones very quickly. The cameras take different approaches to the issue and some look notably better than others. 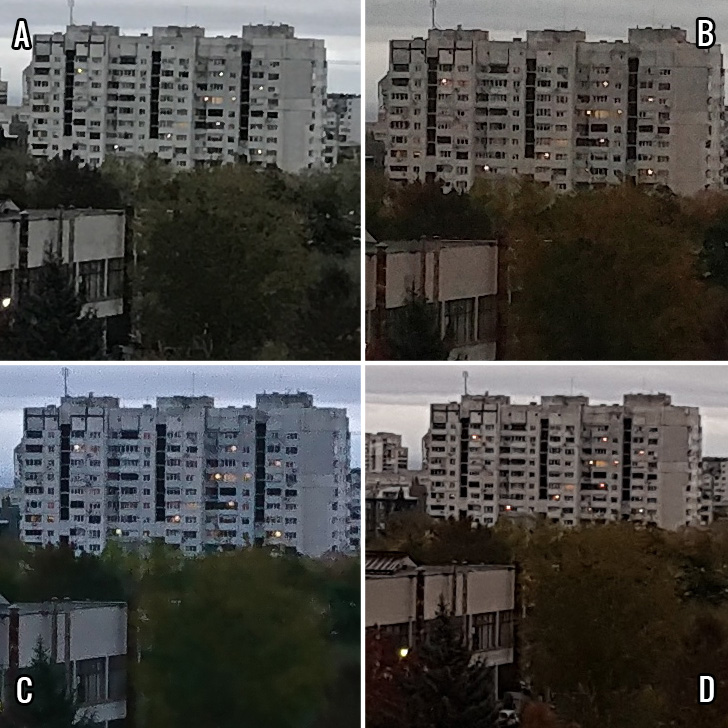 UltraHD video recording has now become quite expected for flagship cameraphones. It's also a must for futureproofing your memories footage, hence only the best will do. 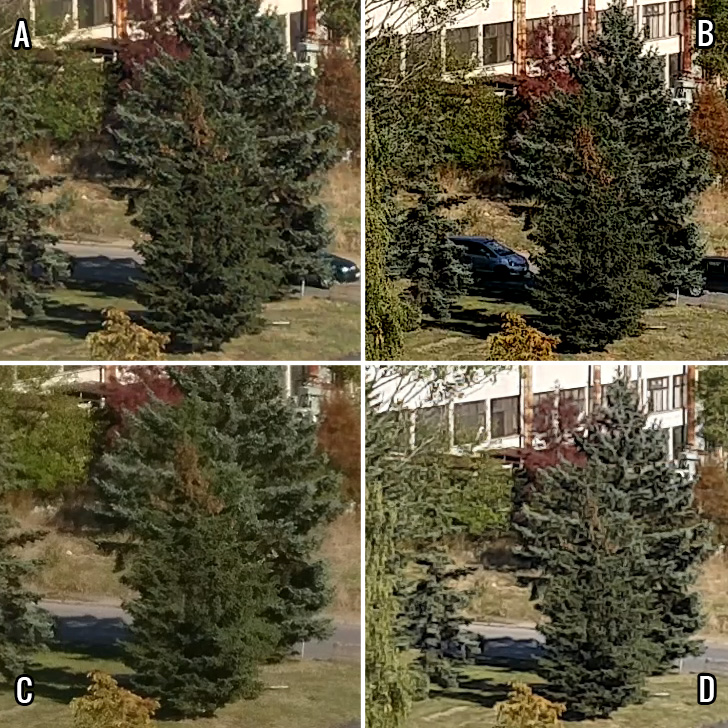 And again, the darker it gets, the tougher time these small sensors have. Still, even in low light, you can get pretty usable videos from these top-of-the-line cameras. 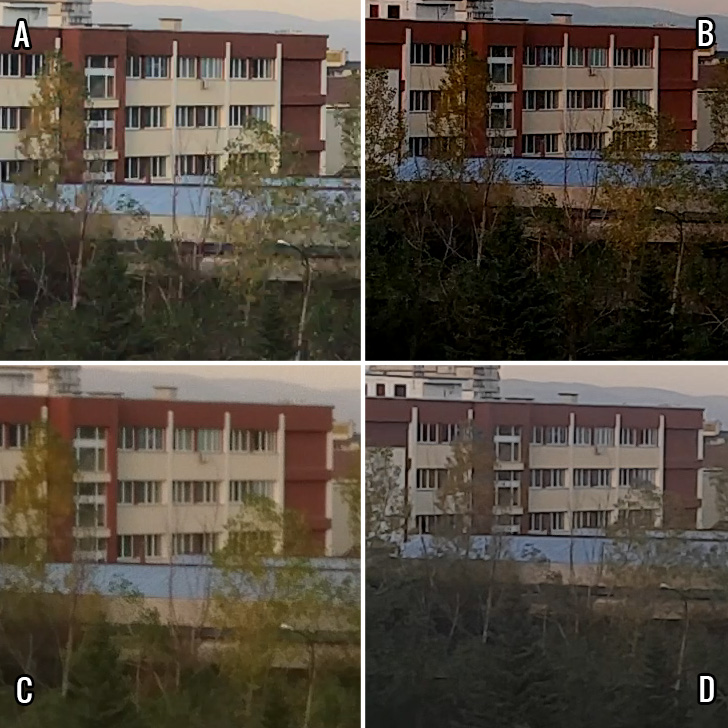 Remember, you have until this time tomorrow evening to examine those photos and video frames and cast your vote which one you think is best. We'll reveal the identities of the phones that correspond to the letters around 5pm London time on October 18th.

Want to make it better? 1. Use a different camera app with different processing algorithms like Open Camera, Cardboard Camera, etc. (the most obvious one) 2. Use Manual Mode and lower its ISO (not always the best but still should be considered be...

i dont miss anything even on manual mode.. if you know the settings you needed. its just a matter of seconds to adjust.. same as adjusting a DSLR/Mirrorless camera.. i shoot Mirrorless aswell which takes more time to adjust due to A LOT of settings c...

All are saying that Xperia xz shoots better in manual mode and it isn't a fair test now let me ask you that how many photographic moments you want to miss by shooting in manual mode. Most of the times most of the people when it actually comes to shoo...