Canon has updated its flagship EOS-1D X line with the release of the new Mark III camera. The new model continues on the tradition of offering incredible speed, performance and reliability that the 1D X is known for in photography while also improving the video recording. The Mark III also features an updated version of Canon's excellent Dual Pixel autofocus system. The system features 191-points with 155 of those being of the cross type. The Dual Pixel system supports 3869 manually selectable AF positions and 525 automatic areas. In Live View mode, the camera supports face, head and eye detection AF tracking. In Live Mode, the camera can capture up to 20fps in burst mode in both RAW and RAW+JPEG formats.

The 1D X series is known for its speed and with the optical viewfinder the Mark III can capture up to 16fps with reduced time lag and image blackout. The buffer on the camera can store up to 1000 images in one go while writing to the new two dual CFexpress cards.

To get these images over, the camera supports Bluetooth, Wi-Fi and Gigabit Ethernet connections. You can get an optional $650 Wireless File Transmitter accessory (WFT-E9) from Canon that is being launched with this camera for even faster wireless transmissions. The camera also has GPS built-in. 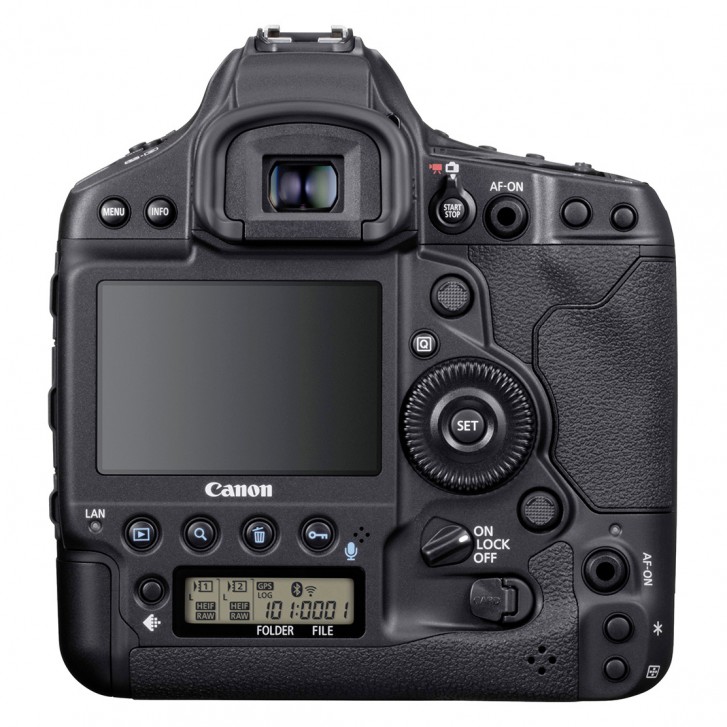 The Mark III also greatly improves upon the video features of the 1D X series. The new model can record 12-bit 5.5K RAW video internally. You can also choose to shoot in 4K 60p and the camera will record oversampled video that uses the full width of the sensor and the video can be saved in Canon Log with 10-bit 4:2:2. Additionally, the camera can also output 4K 60p through HDMI for external monitors or recorders.

As usual, the camera is ruggedly built, with high durability shutter tested for 500,000 cycles and magnesium alloy body with dust and moisture resistance. It does weigh 1440g, so you are going to need some upper body strength to wield this around all day. The camera is powered by the LP-E19 battery and has a CIPA rating of 2850 shots, which is enough for shooting all day.

The EOS-1D X Mark III body is priced at $6,499, which is about what you'd expect for a flagship camera aimed at professionals. This is the type of camera that sports, journalism, and wildlife photographers rely on for its speed and reliability, which are sometimes more important than outright image quality. Throw in the incredible new video capabilities and this is going to be the new popular choice among professionals who want one camera that can do everything.

Man even Samsug S11 will be left very far behind with its 108 mpix for sure. But at least for now the Xiaomi 108 mpix topped the doxmark scoreboard as a best camera phone ever made.

Shame, now they got to use 3" low res screen for that kind of money.