Counterclockwise: selfie photography with cameras that rotate and slide

The word “selfie” was the Oxford Dictionary word of the year in 2013, but the practice is much older than that. Much older – many consider the first selfie to be this photo of Robert Cornelius from 1839.

Years later, cameras came to phones and not long after that were used to photograph their owners. We don’t know which bathroom mirror was used to take the first cameraphone selfie, but we know we’ve come a long way since.

The bathroom mirror trick was needed because phones had only one camera back then. Some even had fewer – the Sony Ericsson T68i camera was an external add-on. Unfortunately, the phone’s port worked only in one orientation, so you couldn’t rotate the camera and use the screen as a viewfinder.

The self photography genre became more popular when makers started adding tiny mirrors on the back of the phones, right next to the camera, so you could use it to frame the photo even outside of bathrooms. Some form factors didn’t need tiny mirrors, though. 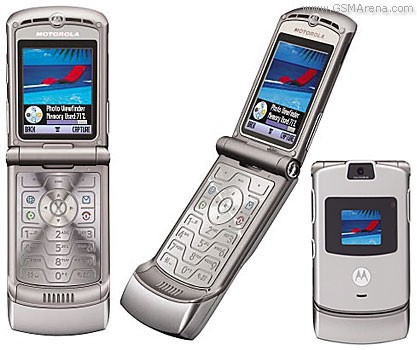 Flip phones, for example, solved the problem not by having two cameras, but by having two screens – if the external screen supported color, it could be used as a viewfinder. But let’s look at some of the weirder solutions for selfie photography.

The Nokia N90 had a screen that rotated, making the whole thing reminiscent of a camcorder. The bottom third of the Nokia 3250 could twist 180° for a similar setup – you could rotate it away from you or towards you. 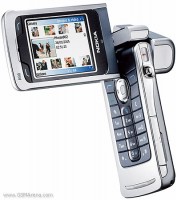 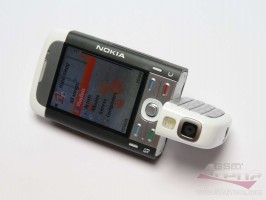 More recently the Oppo N1 pulled off a similar trick – it had one camera that rotated to point towards or away from you depending on what you needed. The magic there was that a small motor rotated the camera automatically. This was also used to create panoramas where you didn’t need to sweep the phone around manually.

Then there’s the Huawei Honor 7i that also has a camera that can be rotated to point in either direction. Here, however, you had to do it by hand and the camera was attached to a short “stem”. But there’s an advantage to this approach.

You see, the reason we got to thinking about weird camera mechanisms in the first place was the vivo NEX S. It has a camera that slides out of the body of the phone like a submarine’s periscope. This means it doesn’t have to be on the front, which in turn means that the front bezel can be as thin as needed. 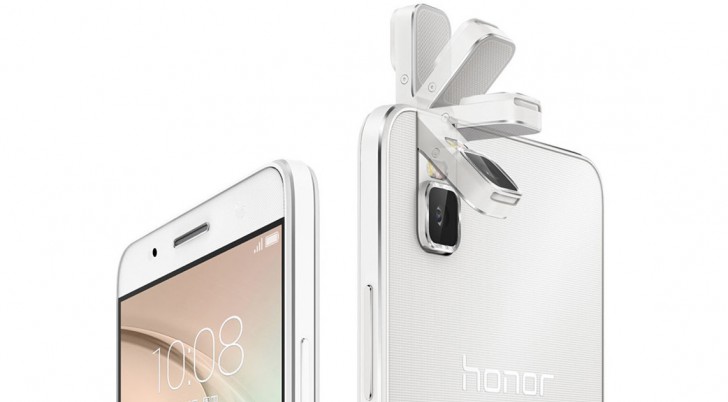 Something like the Honor solution could work with a hinge behind the screen. Then there’s the Doogee Mix 4, which is a slider... sort of. Instead of a keypad, the sliding action is used to reveal a front-facing camera. This is a creative solution, though probably not the most efficient use of internal volume. 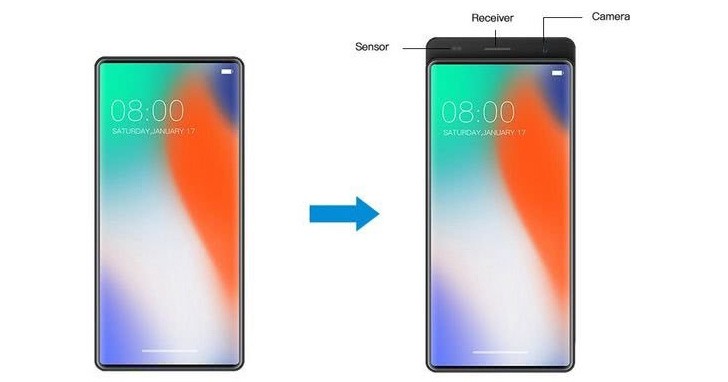 These types of movable cameras are rare, however. Building such mechanisms is complicated, expensive, not to mention something that’s liable to break. Makers are even moving away from buttons, let alone motorized sliding and rotating cameras.

But then the pressure for thin bezels creates less than ideal solutions like putting the selfie camera on the bottom like on the Xiaomi Mi Mix. Or, you guessed it, cutting a notch in the screen.

Essential was one of the first companies to use a notch, but it considered a pop up camera first. It even has a patent on it. However, it went with the static solution. Solid state is durable, moving parts wear out and break. Remember how sliding phones used to die when their ribbon cable broke?

So, look at these examples – phones that flip, slide and rotate are all but gone. In the future, phones will be solid and immutable. Durable, but a little bit more boring.

let me add some: N91 with its internal HDD and weird buddy shape and dedicated music buttons and great sound quality N9/N900 with their mad crazy OS and N800 with its pop out camera which was the very first one! and literally every one of them(...

shut up and take my money !