Flashback: Huawei P9 and the beginning of partnership with Leica

In 2016 fast-growing smartphone maker Huawei and legendary camera manufacturer Leica announced that they are joining forces to improve phone photography. Later that year the Huawei P9 and Huawei P9 Plus arrived on the stage.

The story actually starts back in 2013 when Huawei tried reaching out to Leica, but the camera maker declined. Huawei persisted and eventually Leica agreed to a meeting. Soon execs from the two companies realized that this would be a mutually beneficial match – Huawei wanted better cameras to make its phones more competitive, Leica wanted to get into the smartphone game as they were eating into the traditional camera market. 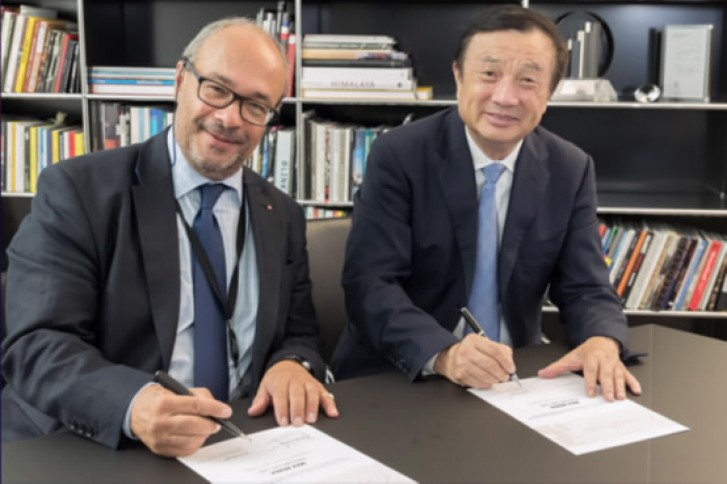 It was easier said than done, however. Leica insisted that the small plastic phone lenses have to go through the same testing process and meet the same standards as the company’s glass lenses for cameras.

The main hurdle was yield – only 1 in 10 lens modules could pass those tests. Working together, the companies figured out a way to start mass producing of good enough lenses and in January 2016 Huawei delivered a prototype P9 to Leica for testing. And the camera experts were not happy with what they saw. The phone was to be unveiled in April, so there wasn’t much time. However, experts from both companies worked together to tune the camera to produce images that had the signature Leica look.

The Huawei P9 duo had two cameras on the back – a 12MP main shooter and a 12MP monochrome sensor (a Sony IMX286 sensor was used for both cameras). The latter enabled dramatic black & white photos, but also boosted low light performance (as it lacked a Bayer filter, which let it capture nearly three times as much light).

In addition B&W shots, Leica prepared three “Film modes” – Standard, Vivid Color and Smooth Color – which emulated the look of camera film. These played on nostalgia as well as tried to inspire people’s creativity the same way that Leica cameras do. 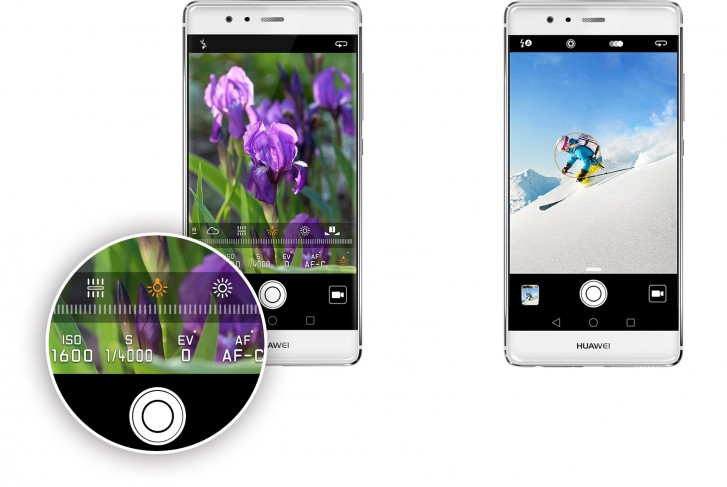 The two cameras and the Hybrid autofocus system (which included Laser AF) was able to simulate bokeh, going as wide as f/1.0.

The cameras also collaborated in the dark. While the two sensors had 1.25µm pixels, Huawei claimed that combining data from both created the equivalent of a color sensor with 1.76µm pixels. For comparison, rival Samsung Galaxy S7 had 1.4µm pixels.

Note that the partnership extended only to still photography, tuning the video recorder was up to Huawei. And the video recording skills of the Huawei P9 and P9 Plus were nothing to write home about, as they couldn’t capture 2160p footage. Huawei was behind on video recording capabilities all the way up to the Mate 30 phones, now it may be in the lead (certainly the 7,680fps mode is unchallenged).

The Huawei P9 cameras were embroiled in controversy when reports surfaced that the lens camera modules were manufactured by Sunny Optical. The two companies released statements, saying they were deeply involved in the design process – from the construction of the modules, to through the optical design to image processing and even the camera UI.

Ultimately, it didn’t matter – the Huawei P9 and P9 Plus produced gorgeous shots (we thought so) and the Huawei/Leica partnership has produced some of the best mobile cameras in recent years.

In Leica,,,there is also a SONY sensor!!! RIP aslo other manufacturers

Xperia 1 capture true to real life photo, as you can see this link, for example the leaves is has plenty color (green and yellow) captured but Pixel 3 turn the leaves all in green colors. Xperia 1 Day light comparison: https://youtu.be/aNSnBNPzo...

Are u talking to yourself in the mirror? Like i said, just keep those overconfident of yours. I never said i love those 'fake bokeh'. But whatever it is, other competition did it a lot better than current Sony's fake bokeh 'background defocus', just ...