Flashback: the Nexus One fell victim to patents, component shortages and lack of  advertising

The first-ever Android phone was a collaboration between Google, HTC and T-Mobile. At first, Google avoided building own-branded devices so as not to spook phone makers – if they thought that Google’s own Androids will get special treatment, they might not support the fledgling OS.

This changed in early January 2010 when Google unveiled the Nexus One. HTC once again acted as the ODM and created one of the most advanced Android phones yet. The 3.7” AMOLED display seemed impressive, the original Snapdragon chipset with a 1GHz Scorpion core was blazing fast for its day and people loved the design. 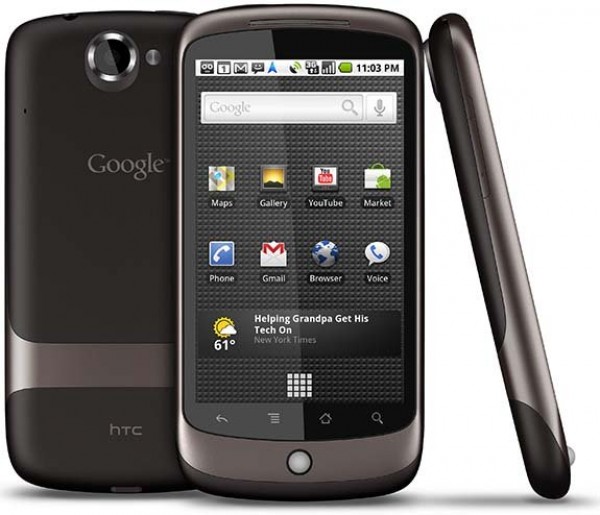 But the initial wave of enthusiasm crashed quickly. Early reviews scored the phone poorly and multiple issues surrounded the phone.

For one, the screen was criticized for the PenTile arrangement (which reduced sharpness) and oversaturated colors. You have to keep in mind that this was the early days of AMOLED, Samsung’s original Galaxy S wouldn’t hit the market until the middle of 2010 – months after the Nexus (interestingly, there came a point where Samsung also had to switch to LCD due to AMOLED shortages).

The display experienced touch issues – just like AMOLED, capacitive screens were still fairly new and far from perfect. Worse still, the Nexus One did not support multitouch gestures at a time when many of its competitors did (the iPhone, obviously, but also HTC and Motorola Androids).

The OS gained support for multitouch gestures with the Android 2.0 Eclair (the Nexus One launched with v2.1 Eclair), but apps needed to be updated too. The capacitive digitizer by Synaptics also support such gestures and yet the Nexus could only track one finger at launch.

A couple of years prior, the iPhone had shown the benefits of pinch to zoom for apps like the browser, gallery and maps. But it was exactly Apple’s patents in this field that deterred Google from enabling the multitouch functionality.

Google’s timidity didn’t last long and pinch to zoom was added with an update a month after launch. Even with that, the touchscreen of the phone was pretty spotty, however, and was a major source of complaints from early adopters.

This wasn’t the end of the screen-related headaches either. In July that year HTC announced that there are shortages of OLED displays and it will be switching to Super LCD panels. By 2011 all units sold used Super LCD.

However, it was clear that the Nexus One was in trouble long before that. Initially, analysts at Goldman Sachs expected Google to sell 3.5 million units in 2010. Two months after launch, the prediction was slashed by 70% to just 1 million.

An estimated 20,000 units were sold in the first week and 80,000 in the first month. It was slow going and the analysts blamed it on Google’s weak marketing efforts. Well, that and the carriers' hesitance to offer the phone.

While T-Mobile pushed the G1 and Verizon was pushing the Droid as exclusive devices, Google’s decision to sell the Nexus One through its own online store meant that carriers didn’t put much effort into marketing the phone.

T-Mobile in the US and Vodafone elsewhere did show some support, but their marketing materials still put the Nexus behind the likes of the iPhone and HTC handsets.

Google tried to correct the situation and closed its online store in May. In July, it stopped selling the Nexus altogether, pointing potential buyers to stores and carriers that still offered the phone.

To add insult to injury, software support for the Nexus One ended surprisingly quickly. The phone launched in January 2010 with Android 2.1 Eclair, got v2.2 later that year and v2.3 Gingerbread in January 2011. That was the last major OS update as the hardware was “too old” to run 4.0 Ice Cream Sandwich.

Suffice it to say that Android makers were not intimidated by Google’s first foray into making its own phones. HTC even released the Desire a couple of months after the Nexus, which was largely the same phone. Google tried various iterations of Nexus phones and killed those off in favor of the Pixel line, but is yet to make a dent in Android phone sales.

No politics or religious discussions. Please stick to tech topics here, we will not tolerate posts advocating any political or religious views or causes

I wonder how non native apps would run on this...

You have a MotoX (first gen) right?