Garmin makes some of the best smartwatches for runners and today the company announced its updated Forerunner range is growing with five new models. Ranging from the entry-level Forerunner 45/45S through the mid-range 245/245 Music and top of the line Forerunner 945, Garmin believes it has a smartwatch for every type of runner. 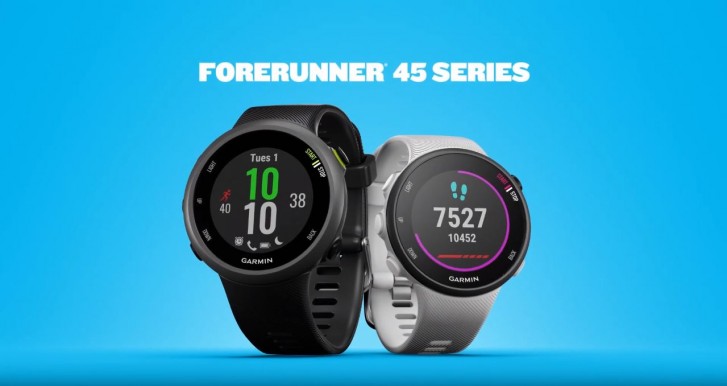 The Forerunner 45 and 45S are targeted for novice runners who don’t necessarily need the most advanced tracking tech. The only difference between the two models is the watch size with the regular Forerunner 45 coming in a 42mm casing while the 45S is only available in the 39mm variant. Both versions feature the same core features - GPS, heart rate tracking, accelerometer - and come with Garmin Coach workouts for running and cycling.

You’ll be able to track much more than running and cycling with support for yoga, elliptical, strength training and even sleep cycles. Both watches come with always-on displays and Garmin promises 13 hours of battery in GPS mode or one week in smartwatch mode. 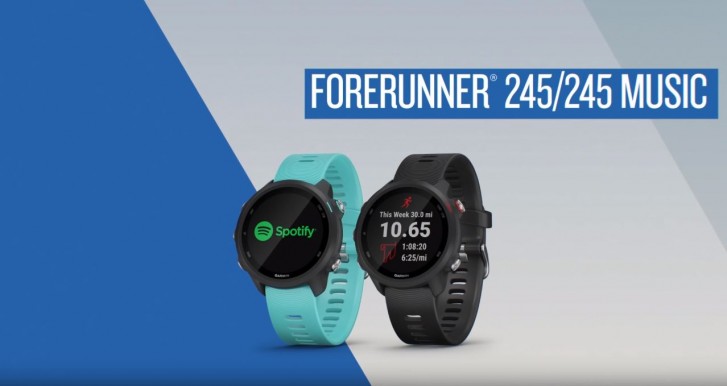 The middle entrants in the Forerunner family - the 245 and 245 Music come with more running specified features like dynamic running tracking and a pulse oximeter. The only difference is the onboard storage for music and playback capabilities on the accordingly named Forerunner 245 Music.

Both Forerunner 245 watches offer the same core tracking functions as the entry-level Forerunner 45 and 45S but also come with swimming profiles thanks to their waterproof designs. The 245 series is only available in the 42mm casing and Garmin promises the same seven-day battery life in smartwatch mode with 24 hours in GPS mode and six hours with music and GPS use. 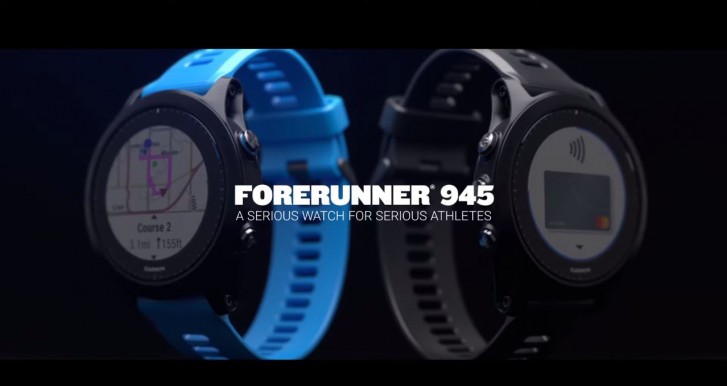 Garmin’s last entry is the high-end Forerunner 945, which doubles the music storage from the 245 Music, adds NFC for Garmin Pay support and offers longer battery life. According to Garmin’s figures, you can expect two weeks in smartwatch mode with 36 hours in GPS mode and 10 hours of music and GPS use.

The Forerunner 945 is aimed at professional runners and adds a training load focus feature, which sorts workout data in categories based on intensity. There is added onboard maps support and an optional triathlon bundle with extra watch bands and a quick release kit.

The top of the line Forerunner 945 Tri-bundle will retail for $749 while the regular version will set buyers back $599. The Forerunner 45 series will be released in May while the other variants are available for purchase on Garmin's site today.

The best, as usual.