Gionee A1 Plus hands-on 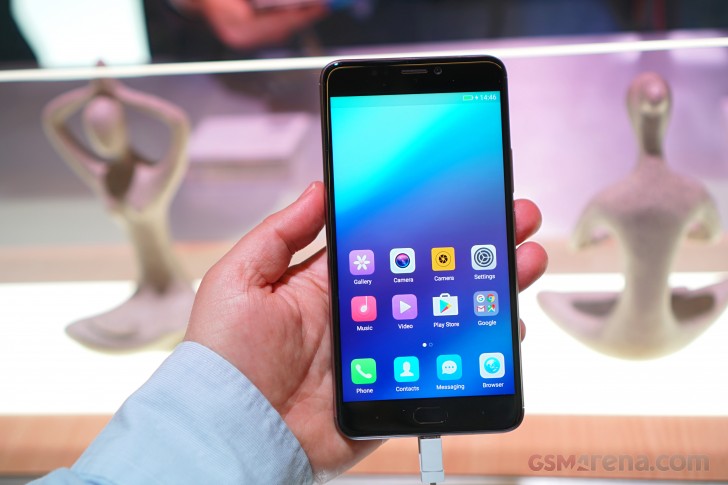 To make the juice last even longer, Gionee has swapped the MediaTek Helio P10 from the A1 with a Helio P25 in the A1 Plus. Its 16nm TSMC manufacturing process should be more efficient. Perhaps, it is also worth noting that Gionee boasts some serious software battery performance improvements on top of the Android Nougat ROM. Again, we'll have to verify those at a later point in time.

But, it's not just the battery on the A1 Plus that takes up more space. It bumps the screen real estate quite a bit up to 6-inches. Sadly, the panel is no longer of the AMOLED variety. Instead, you get a simpler, although still very nice, IPS LCD. 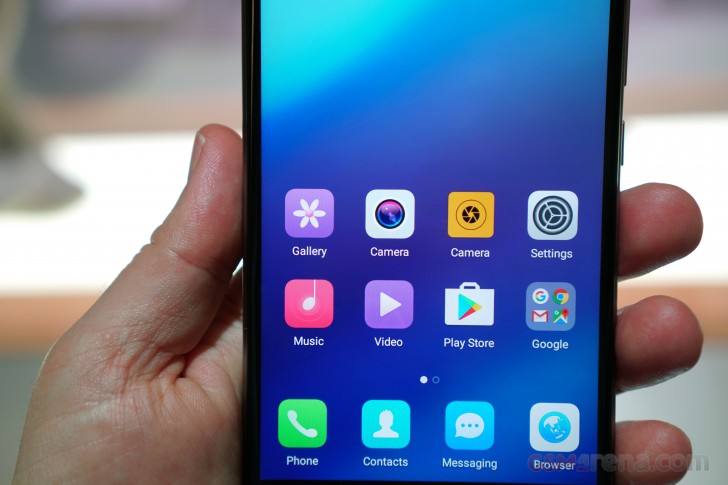 Another notable hardware change on the A1 Plus over its smaller sibling is the addition of stereo speakers. These come complete with Waves MaxxAudio processing.

Gionee A1 Plus main camera

Moving on to the camera department, the A1 Plus takes things to the next level. On the front, you get a higher-res 20MP selfie shooter, with a f/2.0 aperture. It is still fixed focus, like the one on the A1, but you can expect better results from it nevertheless. Plus, the dedicated selfie LED flash is also present for lighting up darker environments. 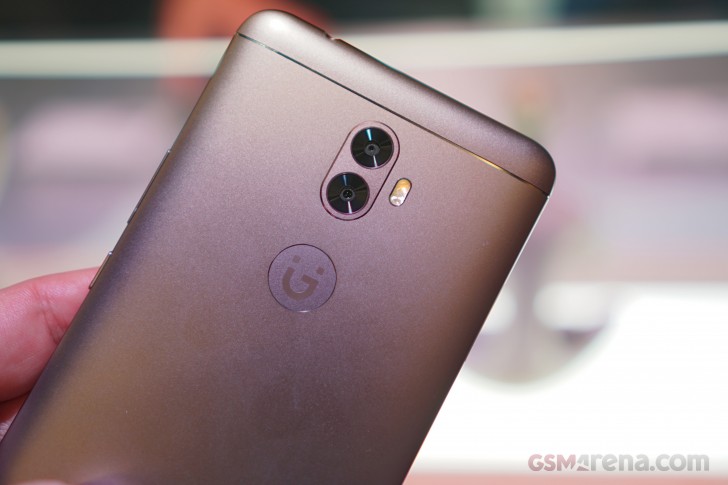 But, the real treat is the main camera setup. On the A1 Plus, it consists of two shooters - 13MP and 5MP, respectively, with an aperture of f/2.0. Gionee leverages the two cameras to create beautiful bokeh effects.

Unlike with the selfie cameras, here the depth-of-field effects are achieved by combining the output of the two snappers. The camera app features a convenient slider to preview the effect in real time. And the results do look quite impressive.

Last, but not least, we will also mention that the A1 Plus has a laser focus emitter, hidden away underneath the camera flash on the back.

So these are our first impressions from the Gionee A1 and the A1 Plus. The MWC 2017 is far from over so expect even further hands-on articles from us.