The $14.99 per month family plan for Google's Play Music All Access subscription service was announced back in September, but incredibly it took more than two months for it to actually become available.

This is set to happen "in the coming days" according to Google. You'll then be able to sign up for the family plan on Android devices in the US, Canada, the UK, Australia, France, and Germany. Support for more countries is reportedly coming soon. While the initial sign-up for the family plan has to happen on Android (at least for now), after that point you and your family members can use the streaming service on iOS and the Web as well. 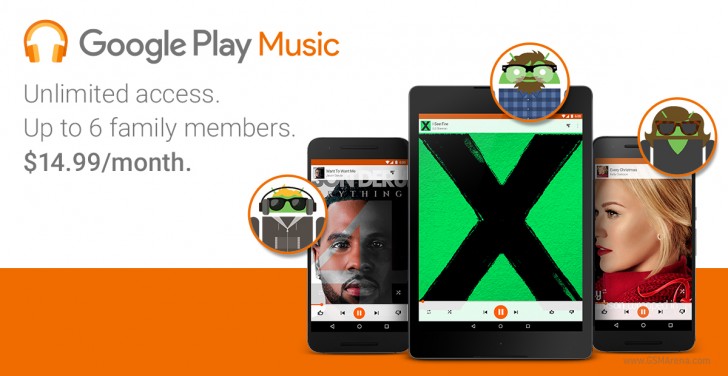 The plan works with up to six family members. It brings with it the exact same features that you'd have if all of you signed up separately. This includes ad-free access to 35 million songs, and, if you're in the US, the YouTube Red service too. Play Music recommendations are separate for each person, so they're tailored to the tastes of each member of your household.

ITunes store came to India along with Music 3 years ago in Nov-2012; Google Music is yet to be launched!!!

Got 3 months trial with GPMusic and I'm happy with it so far, however I'd rather choose Spotify as it's giving me better recommendations. But for this price for up to 6 people...pretty sweet if we consider YouTube Red too in the US.