The Honor 30S that made an appearance in a couple of colors last week now got an official launch date.

We got no further details, but if the image shared by Honor is anything to go by, we'll see the 30S sport a notchless display. 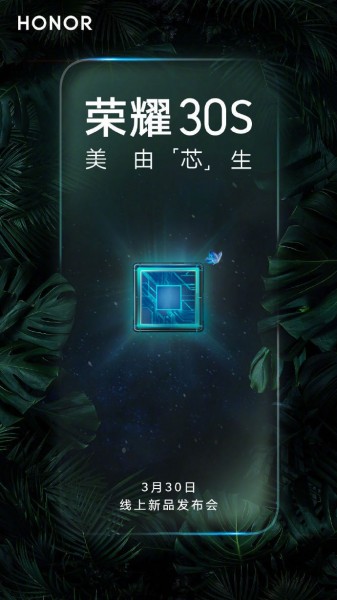 We exclusively reported last week that Honor 30S will pack a Kirin 820 SoC, pack quad rear cameras, and support 40W fast charging. Later, a couple of images that leaked online confirmed that 30S will come in at least two colors - White and Orange. Details are scarce about the Honor 30S right now, but we should learn more about it as we inch closer to its official unveiling.

suck the honor..no google services.. they ddnt even include honor play on update..tsk tsk