Honor 9X to come with a pop-up camera

A schematic of the Honor 9X has surfaced which gives us an idea of the phone's design.

This diagram comes from reliable leakster Evan Blass, which shows that the 9X will sport a pop-up selfie camera, thus enabling a notch-less screen.

At the back, the 9X will have a dual camera setup aligned vertically in the upper-left corner. However, unlike its predecessor 8X, the 9X doesn't have a fingerprint scanner on its rear, which implies Honor either ditched it or has it embedded to the screen. With the camera mounted on an elevating mechanism and thus slowing down face unlock we'd guess it's the latter. 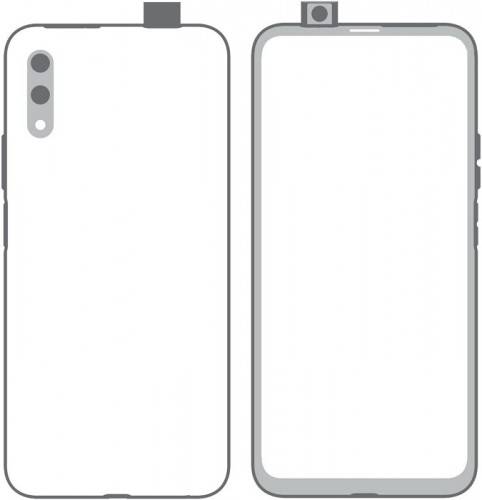 Other things we can ascertain from this image are the power key and volume rocker on the right side of the phone, and a USB port (hopefully Type-C) at the bottom.

The Honor 9X is confirmed to feature Kirin 810 SoC, and we expect more details to surface until it goes official later this month.

Care to explain why? Kirin 810 already better than SD730. If Honor 9X cheaper, easily a winner. Eitherway, both phone are great for the price.

I really love the Pop up selfie camera. I wanted to buy the Y9 prime 2019 which is also a pop up selfie but I will get this Honor 9x instead.