Recent reports pointed at Huawei ordering 6.9-inch Samsung Super AMOLED panels for its October release of the Mate 20 but the latest leak coming from Honor has something more to add to the story. 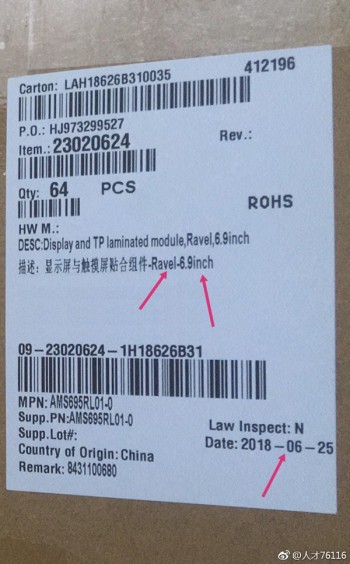 The photo shows an order of 6.9-inch displays - probably AMOLED judging by the model number - intended for an Honor device code-named "Ravel". As you might remember, Honor released a bigger version of its Honor 8 smartphone called Honor Note 8 with an AMOLED panel back in 2016 but then skipped the Note 9 installment.

Now, the company appears to be interested in a follow up probably called Note 10. In a recent Weibo post, Honor's president talked about using a bigger version of the Honor 10 that he's been having for a while now and that it's pretty comfortable to hold. So this could be the mysterious big-screened Honor phone. 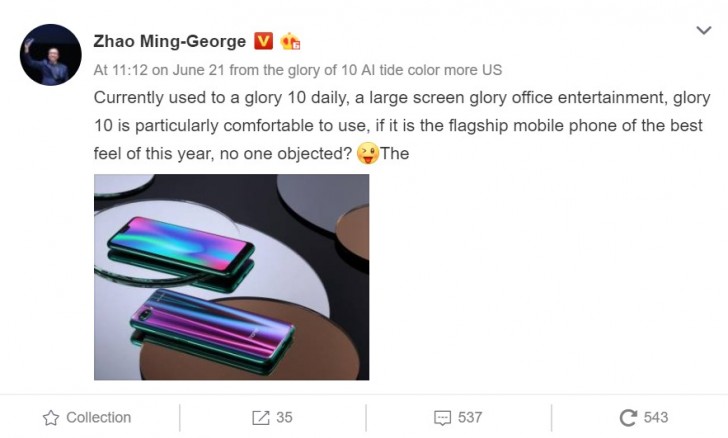 Unfortunately, almost everything about the Note 10 remains unknown but it's probably safe to assume that the Honor Note 10 will come with a HiSilicon Kirin 970 chipset as its smaller sibling, the Honor 10.

Yes thx, come get my money, but think the Xiaomi Mi mix 3 and or Mi max 3 will be released first and i really need a new big phone with a display with som width, hate the new 18:9 format, make the phones so tiny in width 😱

Billions of people, billions of habits and preferences, food, clothing, you name it, but one frequent trend,,, lots of people who think they have the right to tell everybody else what to like and how to be. Luckily Huawei knows better., I can't wait...