In a rather confusing development, today's announcement event by Honor included not one but two Honor V30 devices and the second one is the Honor V30. As expected, some corners have been cut, and a few features reduced to facilitate a lower price point. No surprises there. 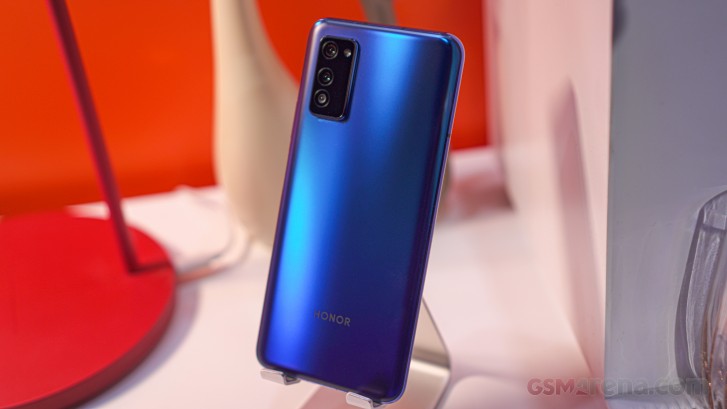 However, the similarities and changes between the two balance out in an oddly convoluted manner that can be hard to follow. Visually, the pair looks pretty much identical. The regular V30 is ever so slightly thicker and heavier than its sibling, but nothing one could realistically notice, even with a head to head comparison. This slight growth can probably be attributed in at least some part to the larger 4,200 mAh battery in the V30.

That's a pretty minor change right there, and we have a sneaking suspicion as to why Honor might have decided to juice-up the vanilla V30 just a tiny bit. It might just have something to do with the fact that it utilizes a regular Kirin 990, instead of the Kirin 990 5G inside the V30 Pro. Aside from slightly lower clock speeds, one less big NPU core and a little reduction in power efficiency, as the name suggests, the big omission in the regular Kirin 990 is the built-in 5G modem.

But this is where the confusing bit comes. Both the regular V30 and the V30 Pro do have 5G. According to the press materials, equally specked, versatile dual-mode 5G at that. So, the vanilla Honor V30 simply has a Balong 5000 5G modem connected externally to its Kirin 990. That is the old way of doing things before the Kirin 990 5G came into existence. We really have to wonder if this is done to facilitate some cost savings or there is more to the story than is immediately apparent.

Since we can't really get to the bottom of that mystery on launch day, we will be moving on with the rest of the differences, or rather cut-backs in the regular Honor V30. Internally, besides the chipset situation we already mentioned and the existence of an entry-level 6GB RAM variant for the V30, the only other real downgrade seems to be charging.

It really isn't all that tragic either. The regular V30 still gets the full 40W wired fast charging support. It just lacks any wireless charging. Both normal and reverse. Naturally. 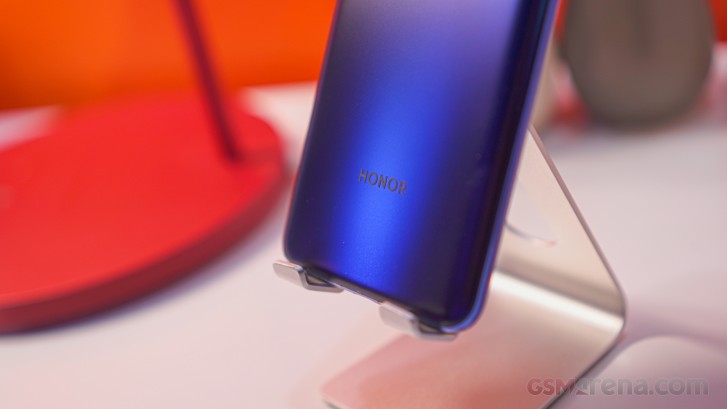 Beyond that, there is only the camera situation to discuss. It can get a bit confusing, so here is our best attempt at a concise rundown of the differences:

On the selfies side of things, the V30 and V30 Pro are identical as well. Both have one 32MP, f/2.0 wide, and an 8MP, f/2.2 ultrawide snapper. Identically positioned inside a pill punch hole in the top left corner of what is an identical 6.57-inch IPS LCD. That effectively puts to rest any earlier rumor of a single camera on the basic V30. And with that eliminates practically any chance to be able to visually tell the two apart. Maybe that's a good thing.

The Honor V30 series will be initially released in China only. The available color options at launch include - Orange, Pearl White, Blue, Black, and the first pre-order is scheduled for December 5, while the flash sale will take place seven days later. 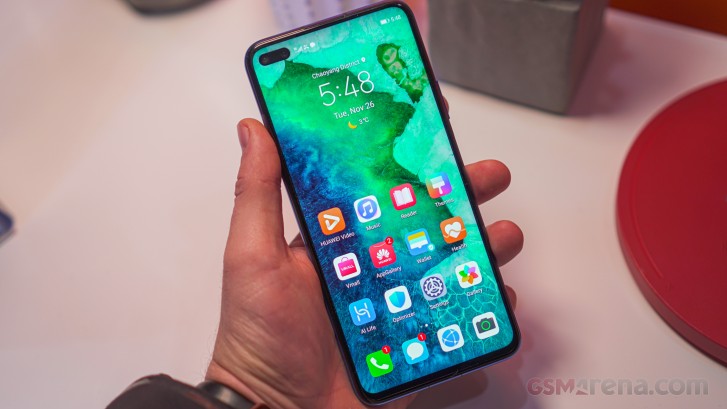 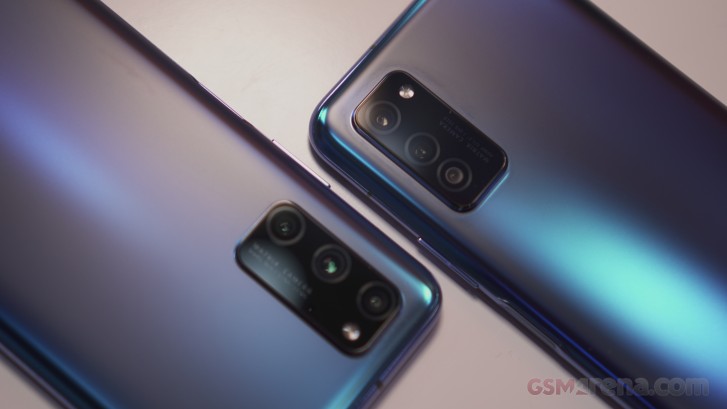 As far as the international availability goes, the plans at the moment are unclear, considering Huawei/Honor's ongoing legal issues with the US and trouble licensing Google services. Still, if the V30 and V30 Pro do eventually manage to cross over to the Old Continent, we expect it will be under the View 30 and View 30 Pro branding. And that's about as much as we can speculate on the matter.