HTC One mini 2 review: Growing up

The HTC One mini 2 solidifies a trend, proving once again that HTC can make smartphones with really good, competitive cameras. It shows that HTC can step up where needed and deliver above expectations. 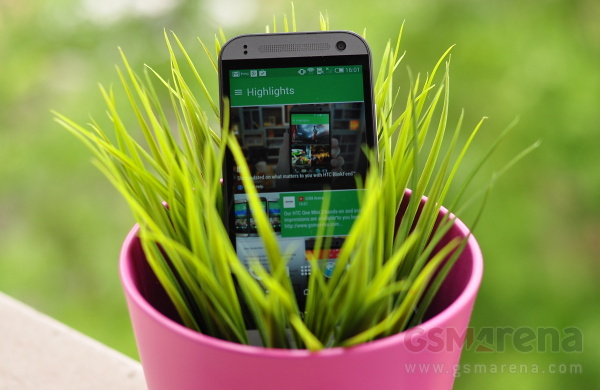 The HTC One mini 2 is incredibly well made, a man among boys in terms of build quality compared to its mini peers. It's got an amazing screen and stereo front-facing speakers. There is also the latest Android on board, skinned with HTC's latest Sense UI.

On the other hand, it seems the company is stubborn beyond the healthy dose. Some may have trouble accepting the fact that the HTC One (M8) has a worse camera than the mini. Some could argue that the move in the right direction comes too late - at a time when the inner turmoil and disappointing financial performance would be hard to overturn.

Another thing that could prove detrimental is the pricing. HTC has positioned the One mini 2 as a premium device and priced it well above what is considered acceptable for a Snapdragon 400-powered smartphone with a 720p screen.

To put it in perspective, the HTC One mini 2 is priced only €100 lower than the Samsung Galaxy S5 or HTC's very own One (M8) - and that's way too close for comfort. Unless the price plummets - and fast - specs-conscious users will probably snub the device.

Another thing that could turn buyers away is the size of the phone. This season's mini is as big as last year's flagship and even as big as something like a 5" LG Nexus 5.

The HTC One mini 2 is near impossible to match in terms of build quality but, at around €450, it's charging more than what can be considered its main competitors. Let's look at them more closely.

Motorola has great offers in the midrange. The company's best-selling smartphone Moto G runs less than half the price and has comparable specs. The screen is the same diagonal and an equally good 720p panel. The processor is the same and the software is almost identical to stock Android, with software updates going to always arrive in due time.

The Moto G recently received an LTE version with a microSD card slot as well and it would still cost twice as little when it becomes available some time in June.

The original HTC One mini has a great unibody, made of high-grade aluminum, a great 4.3" display, front-facing speakers and is noticeably more compact. The screen is smaller, the processor is a couple of cores short and the camera is an underwhelming 4MP unit. On the other hand, the price is easier to swallow.

The Sony Xperia Z1 Compact is the closest thing the HTC One mini 2 has to a nemesis. It's cheaper, it easily matches the One mini 2 on looks and build quality, it has a smaller but equally good 4.3" 720p IPS panel and is now getting Android 4.4 KitKat. What it adds is a seriously fast processor, a good 20.7MP snapper and water and dust protection. All that at a lower price.

LG's G2 mini is inferior to the HTC One mini 2 on most fronts. The camera and display resolutions are lower, there aren't any stereo speakers and the entire body is made out of plastic. The screen however is bigger at 4.7" and the phone is considerably smaller overall. The LG G2 mini is also way cheaper.

The HTC One mini 2 got praise where it was due but also plenty of critique - we'd like to think both were well deserved. If you think the good outweighs the bad, this isn't a phone you're going to regret. The smartphone may be too large, too expensive and somewhat underpowered, but it's a joy to own and use.

HTC finally nailed the camera performance and the audio output is impeccable. The display and build quality are outstanding. HTC did a nice job with this one, we give them that. At this point though, the sort of budget chipset inside at the current asking price is a shocking mismatch. The One mini 2 is something special and you'll know it right away. Still, getting one at this point in time can't be further away from an act of reason. HTC must believe it's hard enough to resist. Do you?