The past two weeks have been filled with teasers for Huawei’s upcoming MatePad 10.4. The device even appeared in listings on Chinese retailers JD.cm and Vmall complete with images and specs. Now Huawei’s official Weibo account confirmed the newest member of the MatePad line will arrive on April 23. 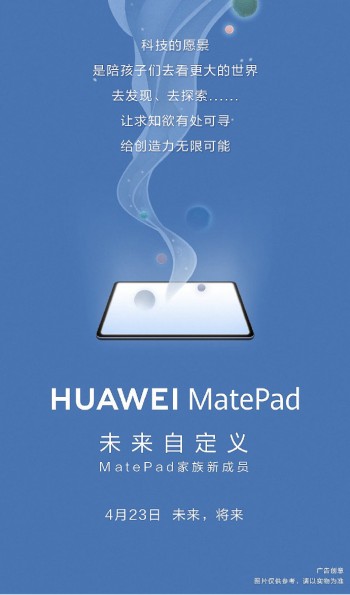 Huawei previously revealed its also planning to launch the Huawei nova 7 series on the same date. The upcoming MatePad will sport a 10.4-inch (1200 x 2000 pixels) FHD+ display with slim bezels and an 8MP front-facing camera. Around the back, we are expecting another 8MP shooter with an LED flash. The slate will also pack a Harman Kardon-tuned quad-speaker setup. 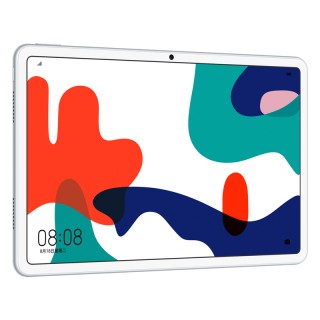 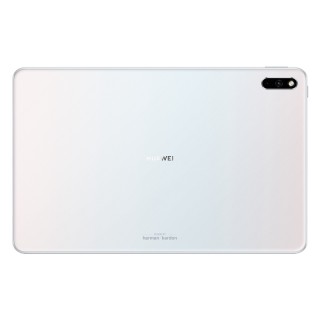 The MatePad 10.4 will be powered by the Kirin 810 chipset paired with 4/6GB RAM and 64/128GB storage which can be further expanded via a micro SD card. It will also carry a 7,250mAh battery and will be available in a Wi-Fi-only trim as well as an LTE version. The tablet will support Huawei’s M-pen stylus which will be sold separately.

Future is what apple did with ipad+keyboard. Notebooks should evolve like that. Waiting for a Rizen Honor Pad with Windows 10 and some kind of gms integration with near parent phone. Talk with the bald guy at Microsoft. .

No unfortunately it will be shipped with the Kirin 810