Huawei MatePad Pro shown off in an official video

Huawei is all set to unveil the MatePad Pro on November 25 at an event in Shanghai, China, and now the company has posted a short video teaser confirming a few of the tablet's features. 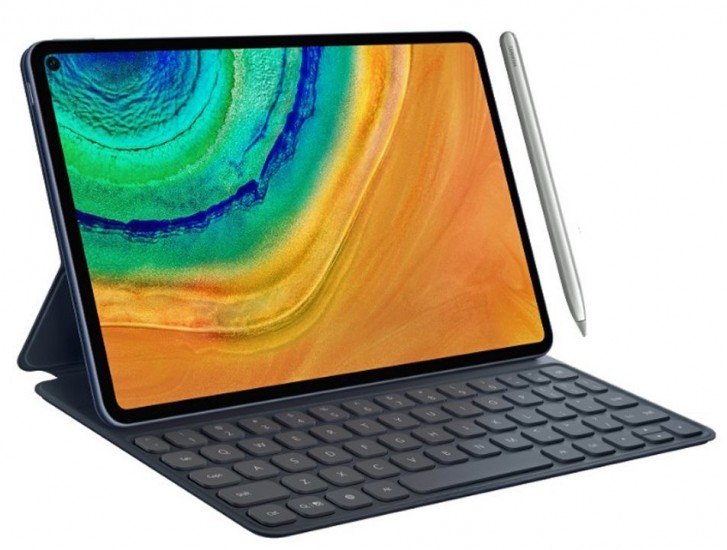 The video confirms that MatePad Pro will sport a dual camera on its back placed in the upper-right corner. However, the design of its back is concealed since it's covered with a case which is likely to have a magnetic keyboard attached.

The clip also confirms the rumored punch hole in the display while also teasing the multi-tasking capabilities of the slate.

Lastly, Huawei confirms support for the M-Pen stylus. You can watch the entire video below.

A detailed specs sheet of the MatePad Pro is currently unavailable, but we know it will arrive with 40W fast charging support. The tablet also passed through Geekbench recently confirming its Kirin 990 SoC, 6GB RAM, and Android 10.

We should know more about the MatePad Pro as we inch closer to its unveiling.

The most shameful ipad clone ever. The design, the keyboard, the pencil, the shape, even the freaking wallpaper. Just shameful