Huawei support says the Mate X will launch in October

CEO Richard Yu said at IFA that the foldable Huawei Mate X will be available in October or November at the latest. Since then the launch window has been narrowed down to October, at least for China.

The info comes from Huawei’s customer service. A global launch may follow in November, but we’ll have to keep an eye on Huawei’s news outlets. Though as mass production of the phone picks up, we expect info to make its way to the Internet through unofficial channels too. 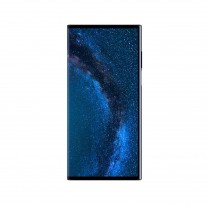 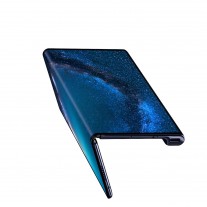 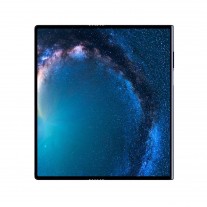 The Mate X was originally configured with a Kirin 980 chipset and an external 5G modem. There are speculations that Huawei might upgrade it to the Kirin 990, which has an integrated 5G modem. It’s not clear if this will wholly replace the old model or if Huawei will launch both versions (with the 990-based phone as a premium option).

For what it’s worth, the official site still lists the Kirin 980. That could change come launch time, of course. And then there’s the whole Google Play Services situation - if the trade embargo doesn’t lift in time for the global launch, Huawei will probably just launch it with Huawei Media Services, same as the Mate 30.

If they put plastic yes if they put reall gorrila glass no. And for a Xiaomi alpha i know the testing models are made of plastic glass but as i read the units ready for public will have shapphire glass which scratches at mohs scale 9 which makes t...

True, the Mate X is definitely not for regular users, but people like Yu himself (Who we have seen using the phone here publicly), people that wants to flash money, wants to support new technologies and will not carry this phone in their jeans but a ...

The problem is not how Xiaomi came to the development of the mix Alpha, its Xiaomi and everyone hyping the Mix Alpha as a technological advancement when its nothing more than Xiaomi giving up on the Foldable concept for now and releasing a folded pho...