iPhone 9 cases arriving at retailers in the US

It seems the launch of the long-rumored successor to 2016’s iPhone SE might come sooner than expected. According to new reports, the iPhone 9 may launch as early this week as evident by the April 5 merchandising date for a case that made its way to Best Buy. The box for the Urban Armor Gear protective case clearly states it’s designed for the New iPhone 4.7", 2020 and we can see it features a similarly-sized camera cutout as other iPhone 7 and 8 cases. 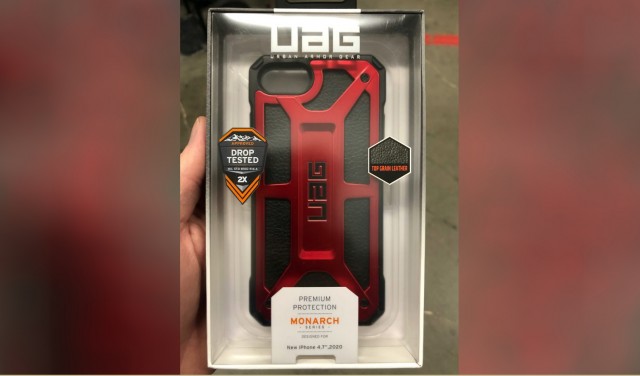 Apple introduced its latest iPad Pros and Macbook Air last week and given that the iPhone 9 is not a flagship, it could very well see a similar low-key press release only launch.

The new budget iPhone is expected to be joined by a larger 5.5-inch version likely called iPhone 9 Plus. Both phones will recycle the iPhone 8 design and will come with the A13 Bionic chipset, 3GB RAM, 64/128GB storage and a single rear camera. The base price for the smaller 4.7-inch model is expected to be $400.

Oh i would still have got it if i didnt recently get a sd855 phone, or ios actually had good emulator performance and availablity. I can stop pubgm/codm and use a gamepad for emulators, though 3ds would look too small.

Yes I have, in fact. I am the purchaser at a Communications company, but also the resident 'advanced support'. While a 4" iPhone SE is challenging to use at this point, I don't find 4.7" displays to be that big an adjustment. This handset does...