It's official: the foldable Galaxy phone will be fully unveiled on February 20

Samsung announced that the Galaxy S10 phones will be Unpacked on February 20. Now the company officially confirms that the foldable Galaxy F phone will be on stage as well.

This info comes from a couple of Samsung billboards in Place de la Concorde, Paris. The first reads (in Korean) “The future unfolds”, the second “February 20”. This isn’t a Google Translate reading either, the Samsung press release offers this translation. 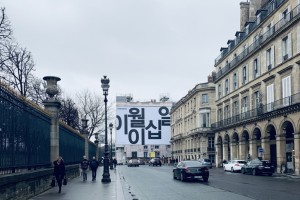 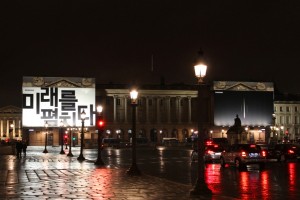 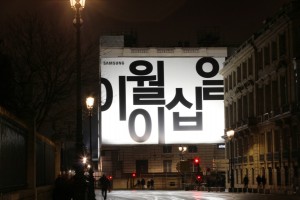 Photos of the billboards in question

The phone was announced late last year, but few details were given. It was also demoed at CES for a select audience. However, little has been made public about it - even the name hasn't been confirmed ("Galaxy F" is more of a placeholder).

foldable phones would actually be cool if only they can follow the footsteps of dual screen the likes of the nintendo ds, instead of making the entire display fold onto itself. why do they keep making such technofetishist stuff, how can a foldable di...

Indeed. Not to mention the extreme price for the first model(s). But it sure is a step in the right direction. Just imagine something like this old 2011 idea https://www.concept-phones.com/cool-concepts/triple-display-phone-unbelievably-cool...