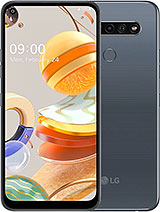 joeblow, 20 Jun 2022I've done that yet it's still performing extremely poorly after this dogshit update.... moreI honestly wouldn't know, I haven't had any issues myself after limiting background applications. I'd probably suggest investigating what's running in the background, try to find what's stealing your system resources and either uninstall the offending app or limit it's use in the background.

The chipset is pretty weak regardless. I don't have a lot installed on my k61 other than basic messaging and social media apps. Clearly there's some kind of issue with the way the android 11 update manages it's own resources because these issues were not present with the android 10 update.

Anonymous, 15 Jun 2022To anyone complaining about this phones performance - enable developer options and limit backg... moreI've done that yet it's still performing extremely poorly after this dogshit update. Do you have any other suggestions by chance?

To anyone complaining about this phones performance - enable developer options and limit background apps to 4 only. This made the android 11 update on this phone a lot more usable for me.

Of all the smartphones I've ever owned, this is by far the worst I've ever had. The fact that LG released this device is absolutely shameful. My LG G7 One, which is a few generations prior, that I had before this device, performs 10 times better. The chipset is crap and slow as heck. The device hangs. Input is laggy and sometimes unresponsive. The device even has trouble playing basic videos on youtube and other streaming services. It CRASHES when doing conference calls where one of the people shares their desktop in some conferencing apps.
I have just spent several hundreds of dollars on a new device out of frustration because of how bad this one is. And I don't think I even want to sell it to get rid of it because I don't want anyone else to suffer the frustration that I have felt from using this phone. It'll go right to the e-waste center where it will be torn apart for it's materials. Complete garbage.

I just updated my software two weeks ago my phone is no longer working properly. At times it freeze. I'm am so frustrated. Kindly advice

lgk61 is one of the best mobile i have owned , would not trade it for anything else

128 gb modell, worst phone I ever had... it moves really slowly, I have to restart it almost every day...

Is this phone getting any future updates?? Android 11 or 12?

No issues with this phone using for 4 months.

I find that the phone lags and does not make the best of wifi connections. i often have to go back to my lg3 stylo plus. otherwise battery life phone and text service well. lgk61 would not be my first choice of phones. but that is no longer an issue since lg is out of the cell phone business, oh well. rant complete.

Using for one year now. Absolutely no issues.

Do not buy. Very slow for browsing with wifi even with great internet service. Must be broken looking how bad it is ... Touch screen is not precise.

Anonymous, 21 Oct 2020Specs seem perfectly fine for the price, octacore, 128GB, NFC, 4000mAh battery and more for ju... moreWhy ya complain? The only issue with it is the fingerprint scanner. It only works in the daytime.

Bought this for use in the US on ATT. It worked initially but now ATT is taking out their 3G bands. This apparently doesn't work with their 4G bands, so this is obsolete now. It's okay though they said they'd send a "comparable" phone, the ATT Radiant U304AA. Hardly seems comparable.

For the price its a good phone, but if you look into it deeper this phone is weak.
Also, dont trust in the mil-std certifying, i used it in rain and it just turned off for days.

Peachy, 06 Mar 2021LG K61 can't screen record or have the option vibrate when typing????! Only if you install something like GBoard

k61 owner, 26 Feb 2021it does not have screen share😥Iv been using lgs for years and this k61 has really disappointed, the screen gets easily scratched too, but as for screen i think im getting rid of it ASAP😠

Disappointed user, 09 Apr 2021 1) "Octacore" apparently means that 8 snails were installed. It takes 1 second or ... morego into the developer mode and disable the window animation scale, transition animation scale and animator animation scale to off.

if you do not know how to get to that go to settings about phone, in software click on build 6 times and that should enable developer mode, you will then see it in settings

I forgot to add, I was going to say that there is one major benefit to the slower hardware installed into this phone; efficiency. The battery life on this phone is very good, with standby times surpassing any other device I've ever owned before. I don't use my phones that often throughout the day, and this phone was able to last almost 4 days on a single charge, reflecting my sparse use of the device itself. It's probably not the best out there, but I'm still personally satisfied.

The other thing is the main camera; it's very good, but again, probably not the best out there. The ultra wide, depth & macro lenses are more of an afterthought than anything though, they're sorta just there so LG can say it's there. Shooting video is a little weak on this device however, with a maximum 1080p resolution at 30 fps. The slower hardware may be a factor regarding why it isn't capable of a higher framerate or slow-motion video, but this could potentially be addressed in a software update.

Total of 100 user reviews and opinions for LG K61.
ADVERTISEMENTS