Last month we reported a rumor that a phone, dubbed LG V35 ThinQ is arriving. It is expected to be a minor update of the LG V30S ThinQ, which is a modest jump over the LG V30 on its own.

Latest information coming from Android Headlines says the device will be called “AT&T’s LG phone” since the other flagship, the just announced G7 ThinQ, is not arriving at the carrier. The information was accompanied by two renders, showing the V35 ThinQ. 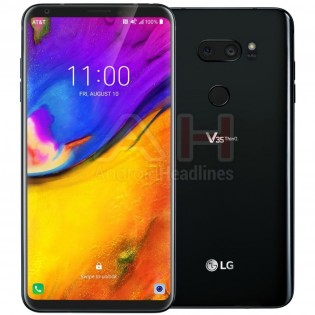 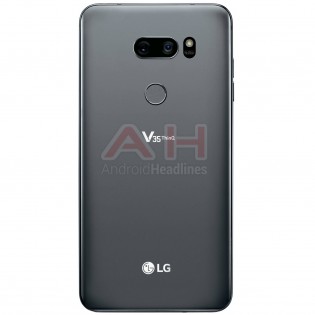 As you can see, the new phone will hardly be any different than the current V30S ThinQ. The difference comes with the wide-angle camera - it is expected to have a 16 MP sensor, instead of a 13 MP one. Everything else should be the same - 6” OLED FullVision display with QHD+ resolution, Google Lens support and Quad DAC audio.

The LG V35 ThinQ will appear in New Platinum Gray and Black colors “this summer” and should pave the way for the LG V40, expected to arrive in the fall of 2018.

V30 is absolutely genious smartphone. It has only one problem: poor slow motion mode.

That is just lovely how LG v30 price falling down. It's time to buy soon xD

wrong, do you know why do the none good-looking fruits sell well? its the brand power. V35 is much beautiful than the fruits, be may not sell well. If it marks the fruit logo, samesong is not the competition at all.