The upcoming sandstone variant of the OnePlus 5T smartphone has been spotted on a Chinese retailer JD's website, confirming the white color option that was teased on a couple of occasions. Previous OnePlus sandstone models were black.

Design wise, the device is similar to the Star Wars Edition model, with some minor changes including lack of Star Wars engraving on the back.

The listing reveals the model will only be available in 8GB RAM and 128GB memory configuration. As for pricing, it should be similar to other OnePlus 5T models of same configuration - CNY 3,499, or around $540. 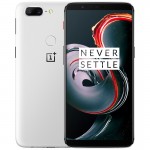 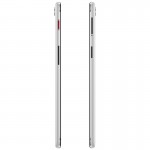 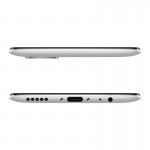 Other key specs remain the same. The device is set to be officially unveiled tomorrow January 5. Bookings begin 10:00AM onwards.

The sandstone texture back on the OP2 was great but in white color I think that it will be very complicated to keep it clean.

Does 1+ round the screens? I very much like this phone in concept, but I hate using them without additional screen protection... and tempered glass looks like piss on a rounded screen.

Pixel XL 2 button color copycat... But I really like it.