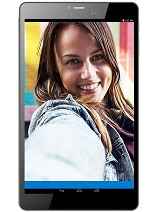 i have got this product its damaged and its too slow. the problems are
1) it says it can upgrade to lollipop but doesn't.
2) received damaged product on the sim tray side it is tilted
3) it is toooo slow
4) hangs and even stops working when playing low graphic games such as clash of clans
5) again and again a pop up menu arises and says quick look has stopped working
6) the volume button doesn't works sometimes
7) warms up after using it for 10 mins like a charcoal instead of intel processor

filled with bot ware which has permission to read and record calls and sms and even apps that won't close for ever "Quick look" and they call it a feature its like some kind of advantage.4 gb storage instead of 8 gb .i do't even have the heart to describe the bull shit since i loast some hard earned money today opting for this

Yes it is true. Previously I baught Micromax Q 5 phone It went out within 1 year and the dealer didnt repare or replace a new one I broke it in front of the dealer. Last july I baught a Canvas P690 it also gets stucked always. I think Micromax is the worst comany on the earth.

wrost micromax mobile . dont buy and dont waste your money. if u already buy sugest to your friends dont buy any micromax.
i bought this tab ,after one month showing blank . i have given in service center complete 4 months .till now i didnt get my phone.

I excited to see the features of this tab so, I bougt it on flipkart. After buying this one, I found some facts that it is not 8GB but 4GB and Ram is not 1GB but 850MB. It became warm after 10 to 15 minutes later begin the tab. Why does they make like this tabs and make the customers fools and give publicity make in india and buy Indian goods.

Worst tab. Anyone planning to purchase a tab, pliz dn buy micromax p690. Its a faulty product. I bought this tab a week ago bcz nobody told me about th setbacks, it was working fine till it starts switching off by itself repeatedly. At fist I thot its bcz I have over warm the app use or either bcz th battery was low, but hell no, it was nothing related to that. It was happening on a daily basis. Urrrggggh😠 It would not stop switching off so I had to keep it off and stop using it. Beside that battery life is really short and the charging time for the tab to be fully charged takes more than 4-5hrs. Its a nightmare! I bought this product not knowing the setbacks of it. Pliz think twice b4 anyone purchase this again.

Touchpad not get si fast in markets

Touchpad not get si fast in markets

Worst tab ever . iam a big fan of Micromax and also want to use Indian brand .but this time sort guys, poor touch, poor performance

balchand, 04 Sep 2015Friends, I have purchase but in 15days their is problem for charging . I went to the service c... morego to the mmx service centre and tell them to directly contact to the branch manager after u had a talk with branch manager tell him to give u a new tab.

Friends, I have purchase but in 15days their is problem for charging . I went to the service centre they recieved the tablet and told me after 15days u received back. This one month Past they alway tell after 15days as a Parrot Reader you gateback the teblet within 15 days what will i do.

one of the worst tab i never seen till now, Display borken in 2 days... very slow performance, Touch is bad, Battery very very bad if you make 40 -50 call your batter is out ....

when i headphones on for music my handset speaker also on automatically... Micromax p690 tab 15 days ago purchases...
how to solve this problem plz help me...i really disappointed....