Microsoft’s upcoming foldable Android phone - the Surface Duo was announced back in October with few details and a tentative release date for 2020 holiday season. Since then we’ve haven’t heard much about the device apart from the occasional rumor. Now, it appeared on the Bluetooth SIG website as the Surface Model 1930. 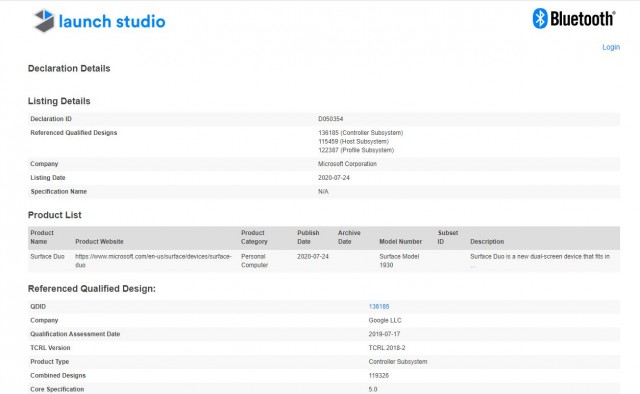 As is the norm with these certifications, we don’t get much details on the hardware apart from the fact that Duo sports Bluetooth 5.0 connectivity. Luckily, the device also appeared in an FCC listing yesterday which confirmed its running Android 10 alongside support for all major LTE bands in the US, NFC and 802.11ac Wi-Fi. Besides, the acquisition of needed certificates suggests that the launch is fast approaching. 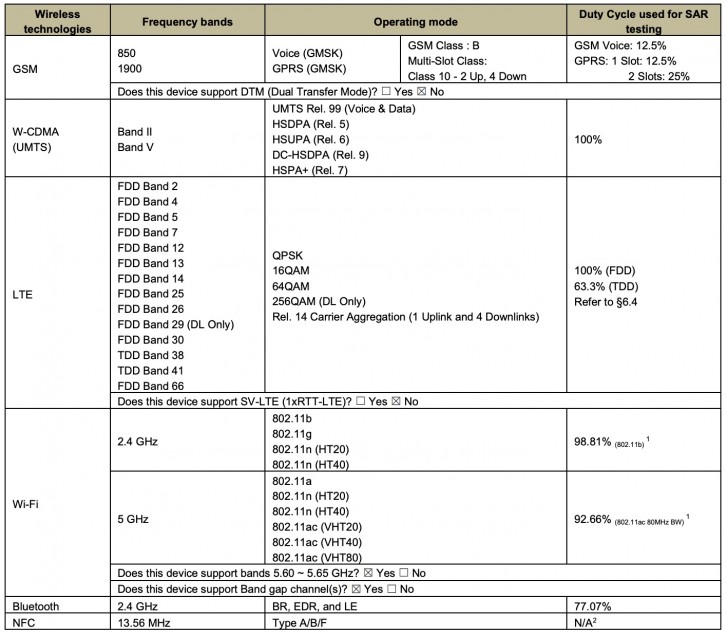 Meanwhile leakster Evan Blass confirmed the device will also make its way to AT&T. No further details were given but having a partnership with a carrier of this caliber certainly bodes well for Microsoft's ambitions with the project.

Other details known so far on the Surface Duo include two 5.6" AMOLED displays, the Snapdragon 855 chipset, and a rather small 3,460mAh battery. Support for the MS Surface Pen with an array of features and advanced integration has been rumored as well. The phone hybrid was rumored to come with Android 10, but Microsoft is reportedly working on an Android 11 update in time for its launch.

I guess we have to put world class in perspective of the thinness of the device, no camera bump on 4.8mm compared to all others that have a camera bump on devices being 9mm. If it have half decent picture quality it really is world class.

This was never supposed to be the device for those in need of a top class cameraphone. There is already plenty of alternatives on the market for those looking for that, no need for Microsoft to build another device in that space. This is something di...

Well, they did mention world class. They surely do not want to make us laugh, or do they?