MIUI is Xiaomis Android skin and a long time ago, the company used to develop its UI for non-Xiaomi devices. These days, Xiaomi doesnt do that anymore, but it does allow its devices to be unlocked and flashed as the customer pleases. The company even offers full ROM files on its community site.

MIUI 10, based on Android 9.0 Pie has been successfully ported to both the OnePlus 6 and OnePlus 6T  unofficially, of course. Given the nature of different Android skin frameworks, not everything will work from the get go.

The post is based on Xiaomis 8.11.23 build of Android Pie and in order to install, youll need to have version 0B8 on your OnePlus 6(T) or newer. Of course, youll need some general ROM flashing know-how beyond this point. After all, youre flashing software that wasnt intended for a OnePlus device. 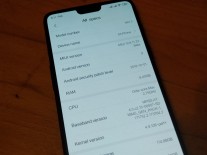 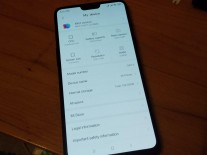 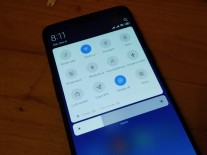 The developer reports that mostly everything is working including the notch and automatic brightness. What still needs work is NFC, the Flashlight toggle, the Stock MIUI camera, Mi Accounts, and the Auto Rotate toggle will cause your settings to freeze.

The port is more of a proof-of-concept more than anything. Those who flash ROMs on their devices know that certain apps like Netflix and Google Pay wont work due to security concerns of having an unlocked bootloader, which exposes the personal data should the device fall into the wrong hands.

You will need to have your bootloader unlocked and the TWRP custom recovery installed before you can proceed with this project. If you dont know what any of this is, we wouldnt recommend you try flashing ROMs to your daily driver.

Personally, I really like the miui rom, and if it wasen't for its HORRIBLE ram management, I'd probably want it everywhere. You know, the global version isn't even that bloated, and the customization done are actually quite nice.

It would be interesting do the vice-versa. installing an OxygenOS rom to xiaomi devices. That way i would buy xiaomi devices which are cheaper and have the full oneplus experience. Now that would be awesome.