Motorola has a bunch of Mediterranean codenamed mid-rangers in the pipeline - Ibiza, Capri, Athena - and now we can Motorola Malta to the list. Alleged to hit the market as the Moto E7 Power, the phone appeared on Geekbench with a Helio P22 chipset and 4GB of RAM. 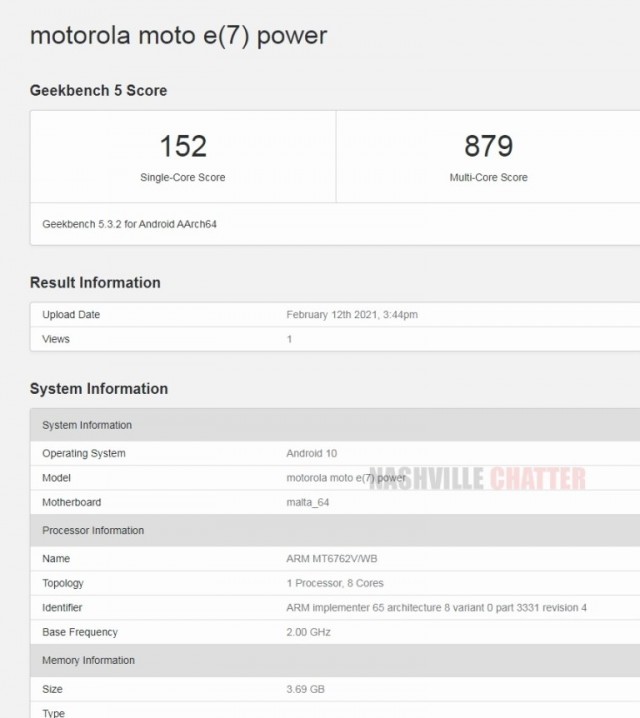 The single-core score of 152 and the multi-core result of 879 are anything but impressive. There’s a reason for that - the Helio P22 platform is almost three years old, but the benchmark version is relatively new, and wasn't a stellar performer even when it was fresh.

We were quite surprised to see this Mediatek chipset on Geekbench, especially after a leak suggested the newer Helio G25 - it is still built on the 12nm process and has a 2.0 GHz CPU. Perhaps it was a mistake by the software and we will see the newer chipset after all - we should know soon enough.

Ridiculous. Just buy a used 3-year-old flagship with a Snapdragon 835 off eBay for cheaper than this new....