Moto G6 pops up on Geekbench

Rumors have been suggesting a Moto G6 is on its way - first we saw some specs, then we saw some images. Now the phone allegedly popped up on Geekbench, revealing some of the specs. Apparently, the phone, most likely to be called officially Moto G 6th gen, will have Snapdragon 625 chipset and 3 GB RAM. 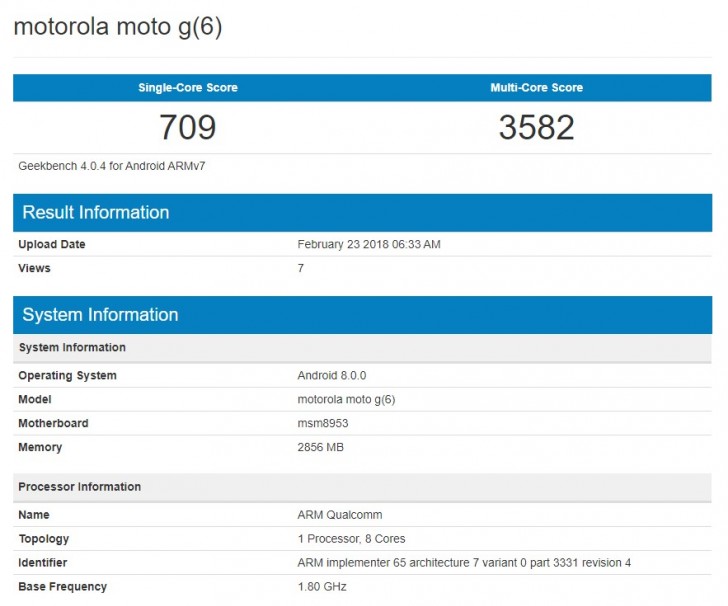 The results of the Moto G6 with the year-old chipset are 709 for a single-core score and 3582 for the multi-core score. Although they look a bit off from the numbers that Moto G5 Plus reached last year with the Snapdragon 625, numbers are not comparable due to the different versions of Geekbench.

The listing reveals that the new midranger will come with Android Oreo. Other specs are rumored to include 12 MP + 5 MP dual camera, 16 MP selfie snapper, and around 3,000 mAh battery cell. The Moto G6 will most likely arrive with a tall 5.7” screen which will hopefully have a Full HD+ resolution of 2160 x 1080 pixels.

Good hone as a midranger i would reccomend.

Does it have a compass?