Motorola's G series is its most successful ever, and over the past few years has been what's kept the manufacturer going. While the company is expected to soon reveal its first true flagship smartphone in years, the Edge+, it's also getting ready to expand the G family even more.

Remember that recently leaked stylus-toting Motorola device? Because its official-looking render leaked so soon after the first ever mention of the Edge+, some people assumed it was that, but it's not (and this should have been made obvious by its huge bottom bezel, unworthy of a true high-end device in this day and age). 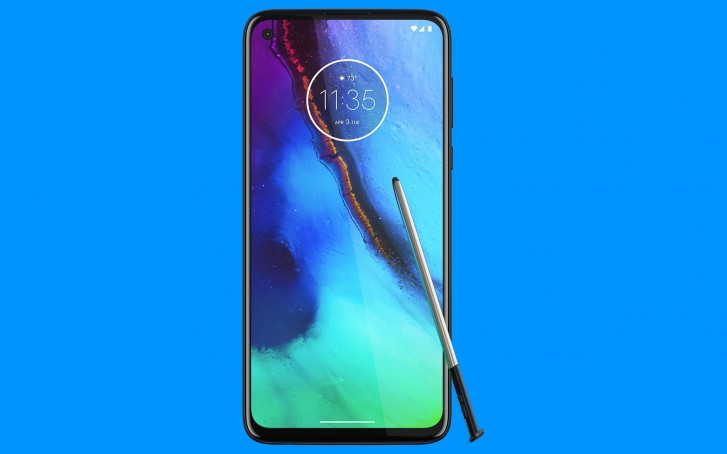 Instead, it's going to be called Moto G Stylus, according to famous leakster Evan Blass, aka @evleaks.

The Moto G8 Plus and Moto G8 Play have already been made official, and we're expecting the Moto G8 and G8 Power to surface in February at MWC. The G Stylus could join them.

Additional details dug up using Canadian and FCC certifications reveal that the Moto G Stylus has the codename "sofia+". That's interesting because the Moto G8 Power is codenamed "sofiar", which means the Stylus may just be a variation of the G8 Power - perhaps sharing specs aside from, obviously, the stylus. The model number of the G Stylus is XT2043-4.

Then what will make this different? Or more the same and another crap one? Mmmm rare name.... being Lenovorola should be called "Moto G Macro Micro Zoom Power" or something similar... Their image processing sofware, sensors and lenses are ...

I see lots of people on the internet saying how the stylus is a useful thing on a phone but I've no likings for the stylus. I can touch my phone with my fingers and I think that's good enough.

As long as it has some stylus functionality, I dont see why the market won't accept another stylus contender. That said, the LG Stylo series have always been trash.