It really wasn't so long ago when we first heard that the Moto X Play would in fact be headed to the US, contrary to what Motorola said at its launch. This was alleged to be hitting Verizon at some point in the future, just rebranded as the Droid Maxx 2.

And here we are, not one week later, glancing at the first leaked images of this smartphone. Not only that, but we're talking live pictures here, the kind that someone snapped in the wild - where at least one Droid Maxx 2 prototype is living, apparently. The design is incredibly similar to that of the Moto X Play, if not bordering on identical. What is different, obviously, is the big Verizon Droid branding on the back - but that's to be expected from this particular carrier.

As you can see, by peeking underneath the back cover the battery capacity of the handset is revealed, as well as its camera's resolution. Unsurprisingly, both of these are identical to the ones of the Moto X Play. 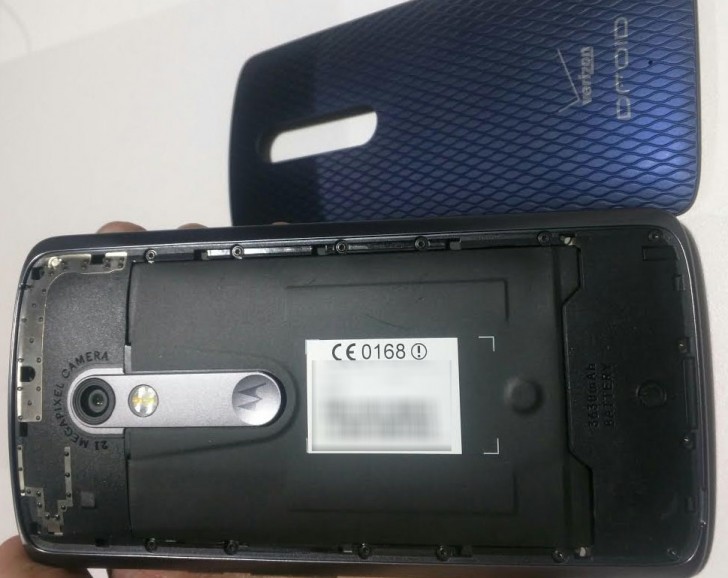 Furthermore, the person who sent these photos also released screenshots of the device information screen in the CPU-Z app installed on the prototype. They too confirm that this is just a rebranded Moto X Play.

The fact that these leaks are coming out now may signify that we're getting ever closer to the official introduction of the Droid Maxx 2. According to past mumblings, it should be complemented in Verizon's portfolio by a Droid Turbo 2, possibly based on the Moto X Style - though not much is known about this one yet.

Which price is coming with