While almost all handset makers have introduced a QHD flagship, Motorola stuck with 1080p for its DROID Turbo/Moto Turbo flagship last year.

Things are about to change however as latest rumors suggest Motorola is working on next generation flagship smartphones that feature the Quad HD resolution and pack Qualcomm’s top chips. Currently, two such flagship level devices are being tested in the US by the Verizon. 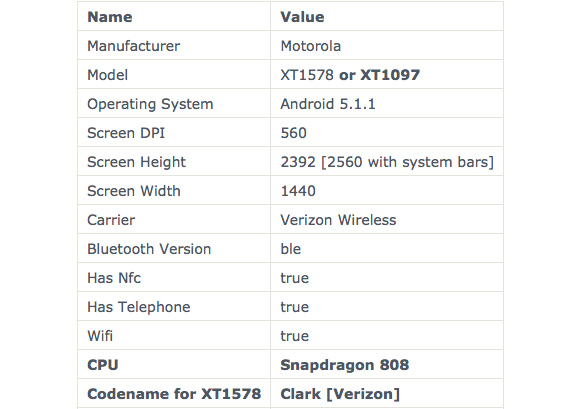 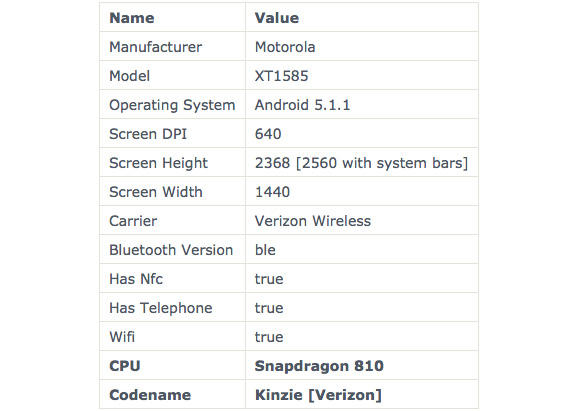 The other upcoming device has the Moto XT1585 model number and bears the Kinzie codename. Its QHD panel is smaller at 4.6" and thus has a higher pixel density of 640 ppi. This phone runs Android 5.1.1 Lollipop on the Qualcomm Snapdragon 810 chipset.

So far, there are no details on when these phones might be announced but based on the testing region, they will probably be part of the 2015 DROID series.

For much better and cheaper, motorola 4.6 inch need to contained MediaTek MT6795 chip

This have to be great, but need to contained IPS-Neo & Quantum screen and LPDDR4 ram !!!!!