HTC U11 Plus leaks have been piling up for some time now – benchmarks revealed its innards, followed by renders for the exterior. Recently, we heard more about a U11 Life variant, said to arrive alongside the Plus on November 2. Neither of them, however, fits the the description of the HTC 2Q4D200, spotted on TENAA.

The latter seems to be yet another variant of the U11 flagship. Unlike the eagerly-anticipated Plus model, this one has a standard 16:9 display, likely the same 5.5-inch, 1440 x 2560 pixel, IPS unit form the original. On the other hand, however, it appears to sport a back-mounted fingerprint reader, just like the one rumoured for the Plus. The Chinese certification authority reports its dimensions as 153.99 x 75.99 x 9.2 mm, with a weight of 170 grams, including a 3,830 mAh, sealed-in battery. 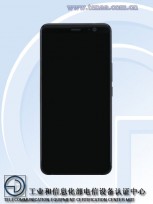 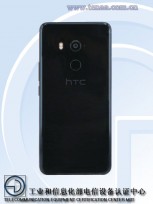 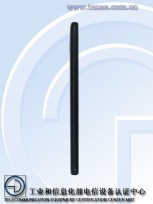 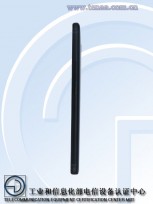 These numbers fall a little short of the ones suggested for the Plus, but do match the original U11 almost perfectly, except for over a mm extra girth on the HTC 2Q4D200. So, in short, the latter seems to be a bigger battery and slightly thicker U11, likely styled to resemble the upcoming Plus, thus ditching the Home button and likely the capacitive navigation controls as well.

A little odd, for sure, but stranger things have happened. As far as other specs on the 2Q4D200, TENAA reports an octa-core chipset, clocked at 1.9GHz for the 4GB RAM model and 2.36GHz for the 6GB RAM variant of the phone. It's really hard to try and match those numbers to a particular chip. Even the Snapdragon 835 is a possibility, since its slower cores do operate at around 1.9GHz, which could, very well, be the reported value TENAA is listing. There are a pair of storage options stated as well: 64GB and 128GB. Plus, a microSD card slot.

The HTC 2Q4D200 has a total of two cameras, which include a 12MP shooter on the back and an 8MP selfie one. This is also pretty odd, since the original U11 does indeed have a 12MP camera of its own, likely passed along, but pairs that with a 16MP selfie cam. Another specs mismatch. Last, but not least, the new mysterious HTC handset reportedly already runs on Android 8.0 Oreo.

It doesn't mean a more efficient chipset equals reduction in battery capacity. A capacious battery of 4000+ mAh with proper optimization on a high end device will always be a powerful selling point. Pleased to see HTC finally coming to this realizati...