Nokia 8 was announced back in August with 4 GB RAM and 64 GB storage. Now a new, more premium version of the flagship appeared in Finland. Several retailers in the company's home market now offer the Nokia 8 with 6 GB RAM and 128 GB storage for the sweet price of €649.99. 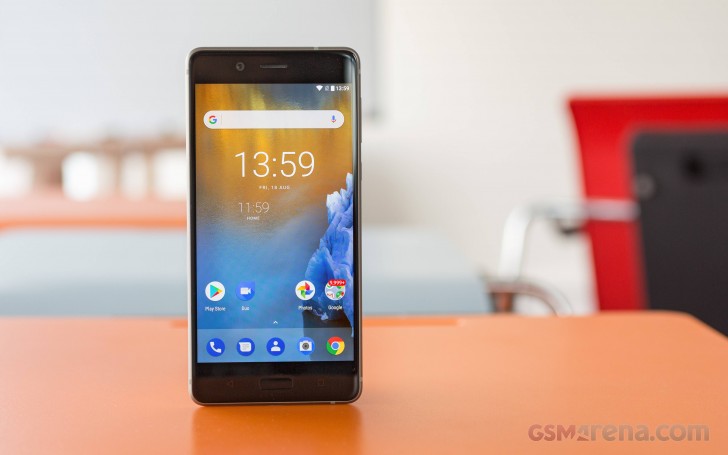 The boosted Nokia 8 version is offered only in Polished Blue both on DNA and Verkkokauppa. Both retailers offer the device with different monthly payment plans, too, if that's your thing.

For comparison, the regular version with 4 GB RAM and 64 GB storage costs around €579.

Delivery is in one week, meaning first owners of the Nokia 8 with 6 GB RAM will get their device as early as next Thursday, October 19.

Nokia 8 comes with Snapdragon 835 chipset and dual 13 MP cameras with Carl Zeiss optics. It runs Android Nougat, but HMD already promised that the flagship should get Oreo by the end of 2017.

Ah, ok, i know what you mean. I think we have different opinions on what always on is or what glance is. Yes, symbian was the first system with something like this. But was not called Glance or Always on. I actually do not remember the name. Still ha...

I definitely would've bought Nokia 8 had it had an AMOLED screen. I had Nokia E7 in 2011 which had an Always On kind of screen saver that pretty much worked the same way Samsung's Always On works now. After using an lcd display for 3 years after E7 I...

Lumia with Nokia was not the first with Glance, I had a Nokia 701 and a Nokia C7 and both of them had this feature. Microsoft just screwed Nokia, Microsoft turn things into shit.