Although Google has revealed the existence of Android 5.1, and there have even been reports that the new version is already being rolled out in Android One markets markets like Indonesia, it isn’t yet clear when the update will roll out for other Android devices. 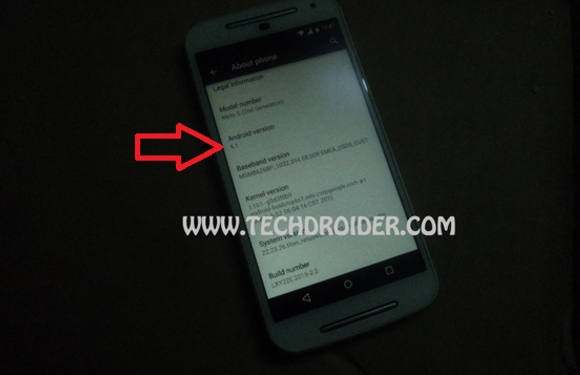 However, that might happen soon, as a 2nd gen Motorola Moto G (shown above) has been spotted running Android 5.1. According to a report from Techdroider, “the build seems to be of 2nd Feb and may be Motorola is still testing it.”

Given that neither Motorola, nor Google has confirmed this, and the image was forwarded by one of the website’s followers, the news should be taken with a healthy pinch of salt, though.