An unknown nubia device bearing model number NX627J, said to be the upcoming nubia Z20, has appeared on TENAA with its full specs.

That said, the most interesting bit about the Z20 is that it will sport two OLED displays - one each on the front and back with a resolution of 2340x1080 pixels. The main screen on the front will measure 6.42" diagonally, while the secondary screen on the back will have a 5.1" diagonal.

The TENAA listing doesn't include the Z20's images, but a recently leaked photo of the phone revealed that it will flaunt a curved, notch-less display. 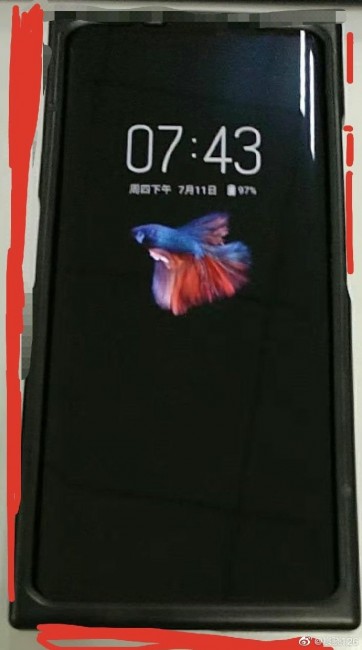 The Z20 will sport three cameras with a 48MP unit being the main sensor and a 16MP snapper for selfies and video calls. The previously leaked image showed the phone doesn't have a camera on the front, which means it will be likely mounted on an elevating mechanism, or might use the main camera instead for selfies considering the phone has a screen at the back which can double up as a viewfinder.

Lastly, the TENAA listing reveals the Z20 will boot to Android Pie and will pack a 3,900 mAh battery.

The Z20 will be unveiled on August 8, but we expect to hear more about it until then.

Yes, people mostly consume social media these days and a taller display fits a bit more content. Games and VR on a bigger screen also works better. And no, 5.7" 16:9 screen is not bigger than 19.5:9 6.4" screen. Just go ahead and calculate their su...