Last week OnePlus CEO Pete Lau explained the company's decision to keep the 3.5mm headset jack around in its next product, the OnePlus 5T. Today Lau is doing some more explaining - this time, about why the 5T will not come with wireless charging functionality.

The lack of wireless charging on the OnePlus 5T shouldn't be surprising to you if you've been following the leaks and rumors about the Chinese company's next smartphone. No huge redesign of its back has been mentioned, even once. And since Qi wireless charging doesn't work well enough through metal, the 5T would need a glass or plastic back to make that happen. 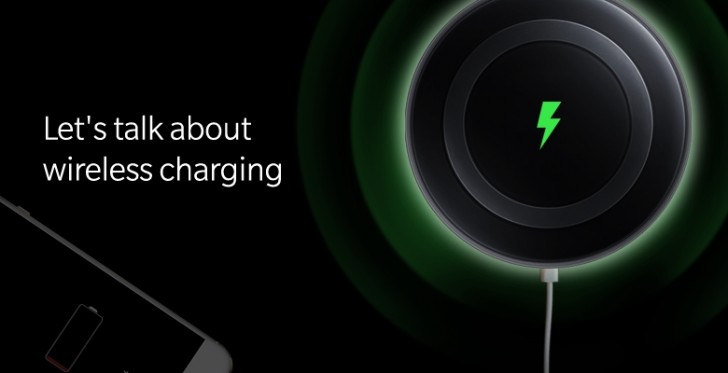 Pete Lau says OnePlus' proprietary Dash Charge fast charging mechanism is better than wireless charging anyway, since it gives you "a day's power in half an hour" by producing 20W. The phone even stays cool while it charges that fast. On the other hand, while the best wireless charging pads theoretically output 15W, you need to position your device perfectly.

Lau also mentions that you can't pick up your phone to game or take a photo while it's wirelessly charging - or rather, you can, but the charging will stop. That's one of the obvious downsides of this method. Then again, for Dash Charge to work you can only use the official OnePlus charger and charging cable, so that's not the epitome of convenience either.

The CEO of OnePlus says wireless charging doesn't bring a better experience compared to Dash Charge, not right now at least. The company will consider adopting wireless charging "when the time is right" - might that be for the OnePlus 6 next year? We'll have to wait and see. One thing's for sure: the OnePlus 5T, which will be unveiled on November 16, will stick with Dash Charge.

Which is why it will cost money, You to compromise on the thickness of the phone. You have to ensure that nothing else is impeded by adding that coil. Cost of components is always trivial compared to the cost of the product.

With dash charge u dont have to plug it overnight. Just time u freshen up and get dressed for office is enough for getting to a 100%. But yes u might need a second pair of dash charger at your office which costs Rs.2000 if u are a heavy user like me....