OnePlus 8T appears in the wild a day before its launch

While we’re patiently awaiting tomorrow’s OnePlus 8T launch event, the device managed to break cover and pose for a live shot in its aquamarine green color next to its official box. The device is also outfitted in a TPU case which will likely be part of the in-box contents. We can see the new rectangular camera cutout for the L-shaped four cam setup with a light temperature sensor and dual-LED flashes. 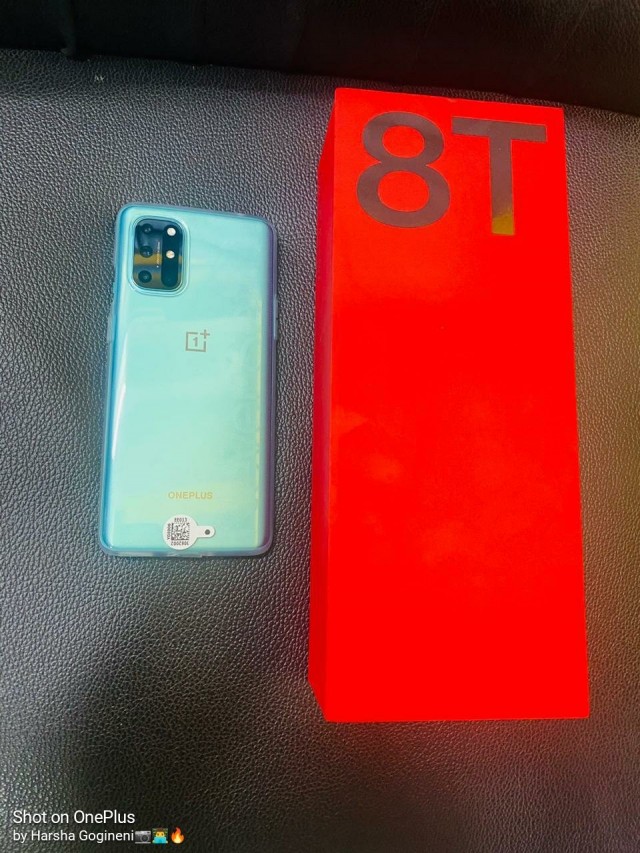 We already have a pretty solid grasp on what to expect. The device will carry a 6.55-inch AMOLED with a 120Hz refresh rate, Snapdragon 865 chipset and 65W fast charging.

The camera department will be headlined by a 48MP main shooter with OIS alongside a 16MP ultrawide snapper, 5MP macro cam and 2MP depth helper. The battery is expected to come in at 4,500 mAh and the 8T will ship with Android 11-based Oxygen OS 11.

Its innovative mobile with best specification so far. Once you get addicted to its stock android and speed, there is no return.

Dude what ?? I've been using the 7T for around a year now. And there has been no problems so far. I have no idea what you are talking about