Pokemon Go off to a rocky start, worldwide rollout paused because of server instability

Pokemon Go is off to a great start, for the most part. It ripped the charts in the US as it stands #1 in Top Free and Top Grossing in the iTunes App Store while reaching #1 in both Top Free and Top New Free on the Google Play Store, all within just 48 hours of its initial rollout.

Its no wonder the overwhelming popularity of the game has people all over social media catching Pidgeys and Magikarp. This instant spotlight also caused the game to have major hiccups constantly causing the game to kick players off the servers.

Thank you for your patience. We have been working to fix the server issues. We will continue rolling out #PokemonGO to new countries soon.

The games creators have acknowledged the server outages on Twitter and has promised that it will continue to roll out the game to new countries once its sorted out the server problems. 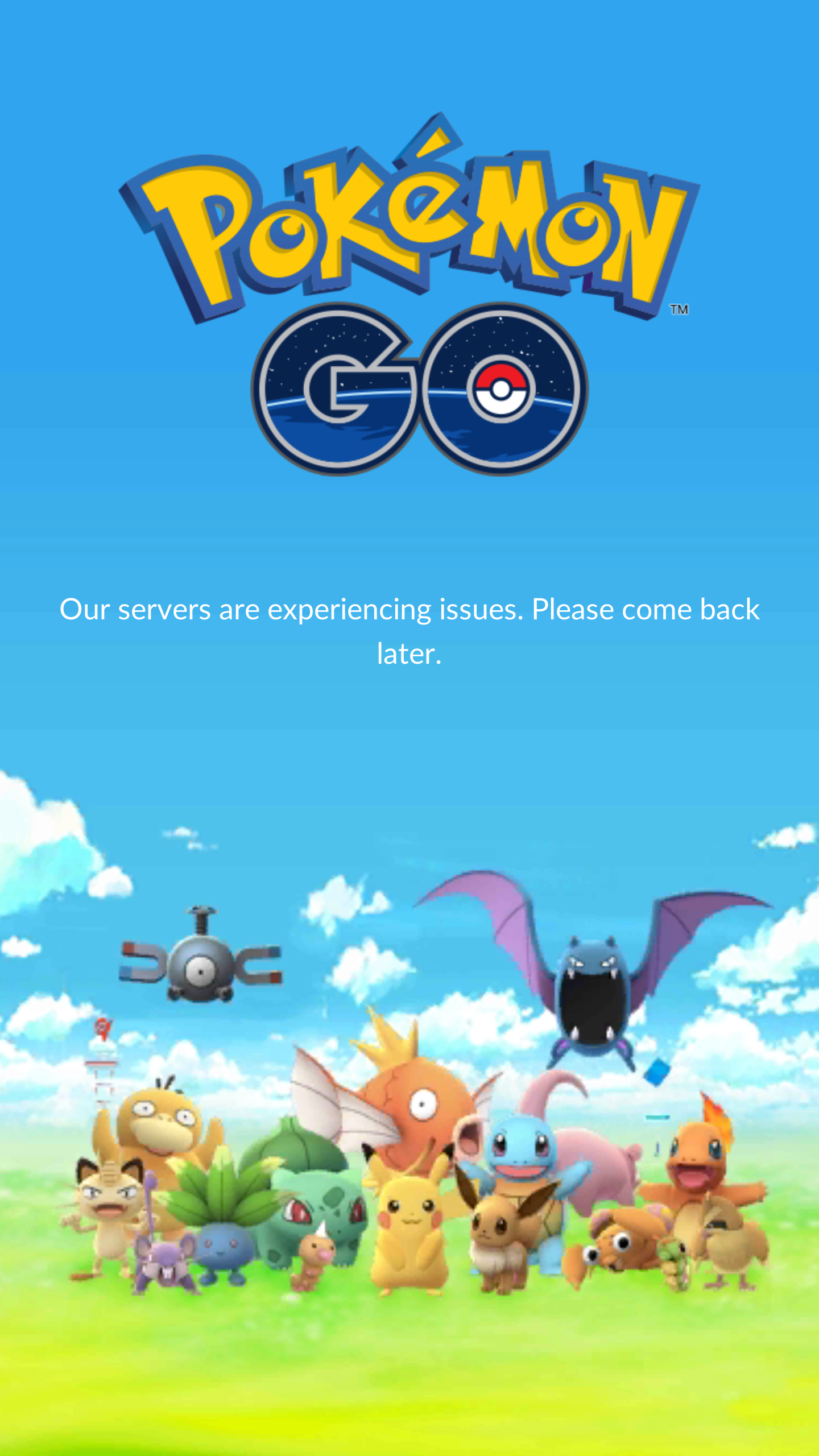 Error message when trying to play with overloaded servers

The actual game has been working on and off in my personal experience. Yesterday, the game was down for most of the day but I was able to get a few minutes of gameplay while constantly checking to see if the game was working again. I am able to log on right now and it seems to work fine. Is the game not working for anyone else out there?

Personally, I found the game a bit boring.... It sill hasn't get me caught just yet.