Oppo spin-off Realme introduced the Realme 3 last month, and after the announcement, the company confirmed that it would launch a Pro variant of this smartphone in April. It has been teasing the Realme 3 Pro for the past few days, and now it has revealed that the smartphone will be unveiled on April 22.

The invite doesn't say anything about the Realme 3 Pro, and only has the "Speed Awakens" tagline. The smartphone will be launched at an event in Delhi University Stadium in India which hints that the target audience would be young users, especially college students.

Previously, the Realme 2 Pro that debuted last September was unveiled at an event in Amity University with a similar youthful target audience in mind. 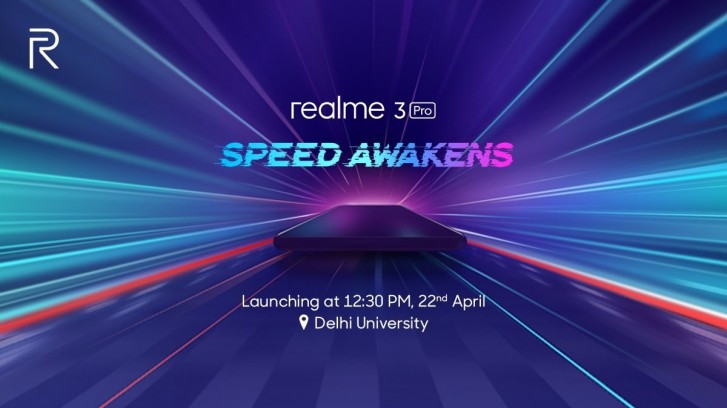 The Realme 3 Pro will likely be much more powerful than the Realme 3 and will compete directly with the Redmi Note 7 Pro. Details are scarce about this smartphone right now, but we will hopefully know more about it in the coming days.

Hope it doesn't disappointed by using incapable chipset like P70 as many rumours, a snapdragon 730/730G will be nice or at least a 675