We've been hearing about the Realme C3 for the past few weeks, and now we know that it's coming on February 6.

Realme's Indian branch has sent out invites to the media for the February 6 launch, which will start at 12:30 PM local time and will be live-streamed on Facebook and YouTube.

The company hasn't officially revealed the specs of the C3 yet, but the invite includes an image of the C3 which reveals it will feature a waterdrop notch display and vertically aligned dual cameras on the back. The image also confirms the Blue color for the C3. 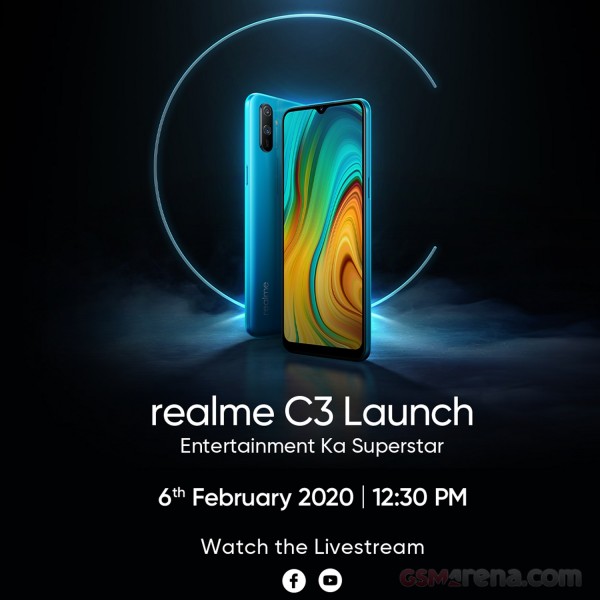 Realme is also using the tagline "Entertainment Ka Superstar" to promote the C3, which translates to "superstar of entertainment", and this leads us to believe that the smartphone will pack a battery bigger than its predecessor.

Some might also expect a bump to a 1080p display, but since the C Series smartphones are entry-level, that's unlikely to happen.

With the launch just over a week away, you can expect Realme to drip-feed us with information about the C3 in the days leading to the official announcement.

I think phone may be good one because of high battery capacity.

Realme main target market is India so that's why