Realme is launching the GT phone on March 4, and today the brand posted some official images on its Weibo profile. The phone will have a Blue option, complementing the yellow leather variant, and will have a 64MP triple camera setup on the back.

What is more interesting, is the upcoming phone will have a 3.5mm audio jack - a feature that many other companies are omitting from their flagships. 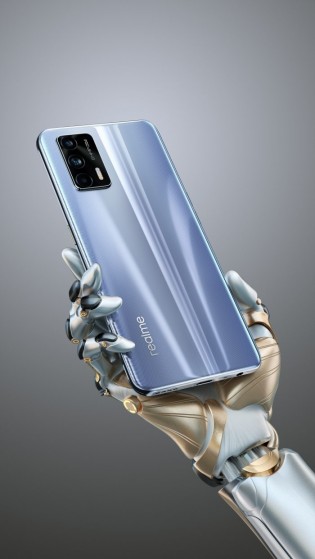 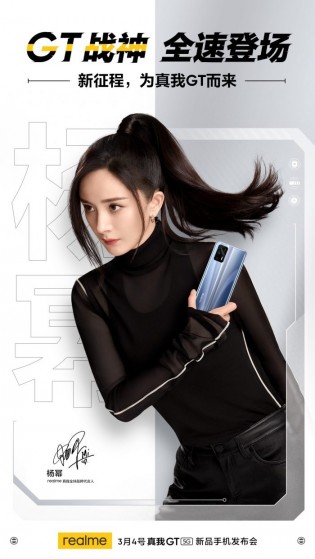 The front of the Realme GT is not pictured, but we expect an OLED since there's no visible fingerprint scanner on the back or under the power key. On the bottom we see a speaker grille and a USB-C port which will support 65W fast charging, according to previous listings.

The company also revealed its new celebrity endorsement - the lady on the poster is Yang Mi, a prominent Chinese actress with hundreds of awards, who Forbes China placed on 6th place of the Top 100 celebrities in China for 2020.

The Realme GT 5G, codenamed Realme Race or RMX2022 is expected to have a Snapdragon 888 chipset, 12GB LPDDR5 RAM, and 256GB UFS 3.1 storage. The phone is going to be announced in China on March 4, but we expect to see it in global markets shortly after that.