Realme introduced the Realme Watch back in May, and later it announced that the Watch S Pro will arrive in Q4 2020. We are yet to hear more about it from Realme, but the company's Pakistani branch has announced on Twitter that the non-Pro model will be unveiled on November 2.

The tweet also includes an image that reveals the Watch S' design as well as different watchfaces and strap colors. 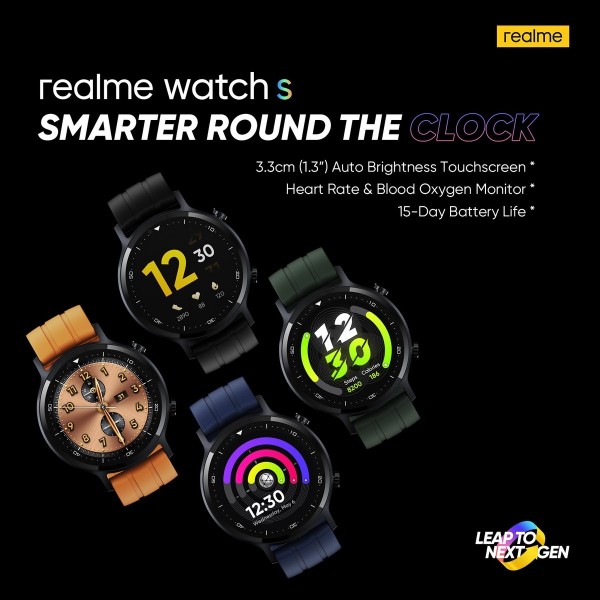 The Watch S will sport a 1.3" auto-brightness circular touchscreen and pack a battery that will offer 15 days of autonomy. It will come with 16 sports modes and will have sensors to measure your heart rate and blood-oxygen level.

We should know more about the Realme Watch S as we inch closer to its November 2 unveiling.

Already the Realme watch is a bit failure. Won't track sleeps properly. Won't rectify this problem. Why make another watch? 😂

Waiting for Realme laptops based on AMD. Almost all laptops in Flipkart and Amazon india are terrible with mediocre specs and astronomical prices and most of them are Intel.