It's hard to keep up with Realme's break neck pace for coming up with new phones. Today's is no ordinary announcement, however, as this is the company's first true flagship - the Realme X2 Pro. We were there at the launch event and got to spend a few moments with the brand new Pro, as well as the non-Pro that's been official for a few weeks now.

The Realme X2 Pro comes packing the big guns - the Snapdragon 855+ inside is the brawniest Qualcomm has on offer now, and the X2 Pro can be had with up to 12 gigs of RAM and 256GB of storage. A 6.5-inch SuperAMOLED display adorns the front, notched as it may be. And then a 4,000mAh battery powers the whole operation but it's not the capacity that's most impressive - no, it's the 50-watt SuperVOOC charging tech that promises a full charge from flat in 35 minutes.

The phone's got a total of 4 cameras on its back and while the 2MP 'Portrait camera' doesn't count for much in our book, the other three have the high-end trifecta accounted for. A 64MP Quad Bayer main unit is joined by a 2x telephoto and an ultra wide angle is also present for those exaggerated perspectives. Over on the front, a 16MP selfie cam has you covered too. 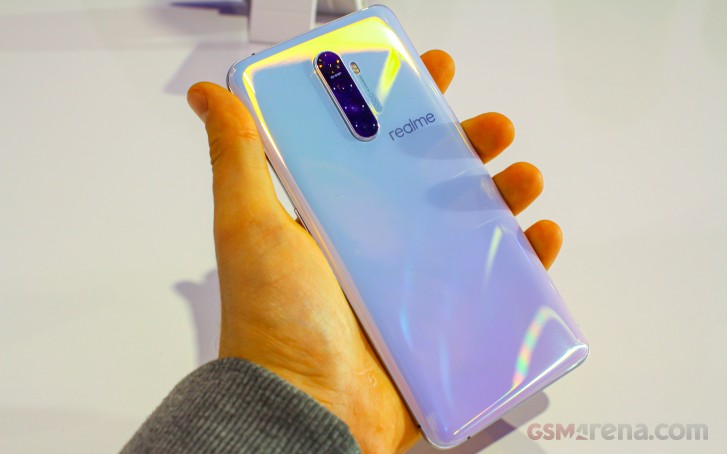 Other niceties include an under-display fingerprint sensor and stereo speakers with a Dolby Atmos badge. It's not all peachy, though - Realme's scrapped the microSD slot, and the base model's 64GB of storage are UFS2.1 as opposed to the UFS 3.0 of the other tiers.

As for the Realme X2 non-Pro, there are no surprises - we've known the numbers since its announcement in late September. It's a heavy-hitting midranger with a Snapdragon 730G, a 6.4" SuperAMOLED, the same main and ultra wide cams as the Pro, and only 30-watt charging. Since this is the first time we're seeing it in person, we had a quick go at it as well. Here's a refresher on the specs just in case. 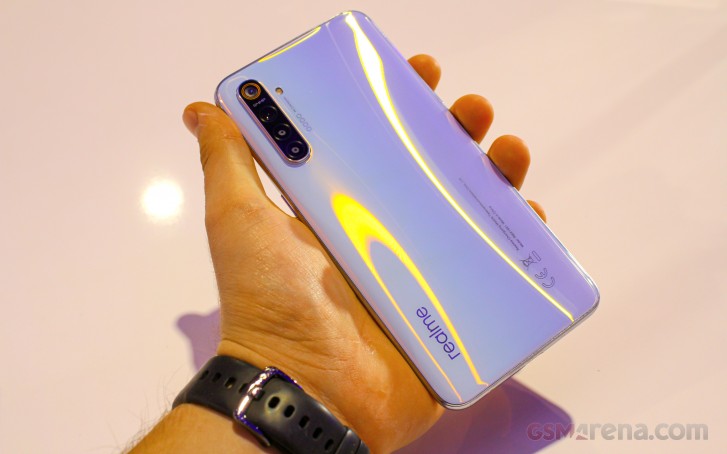 First things first, though - we're kicking off on the next page with some early impressions on the Realme X2 Pro. 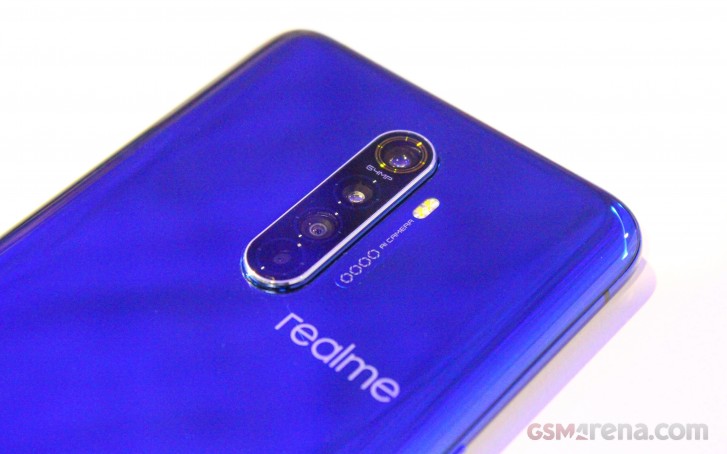 Why would u need that?

It easily lasts a day with regular usage, about 8-9 hours with extreme usage and will last nearly 2 days for low-medium usage!